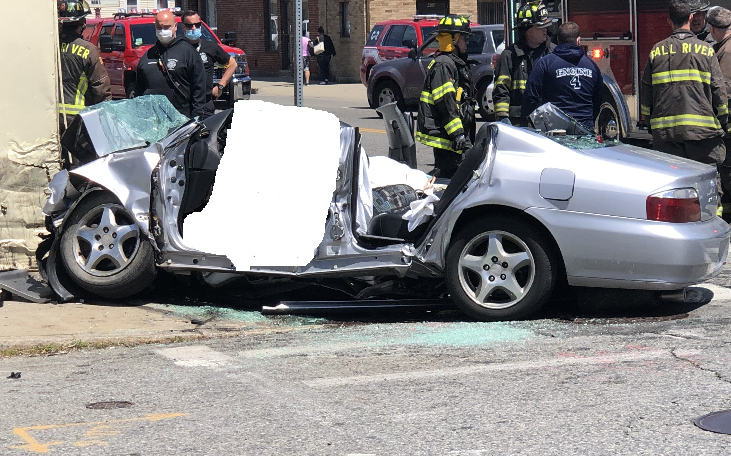 The victim’s names have been released in a fatal Fall River crash on Tuesday.

According to Gregg Miliote of the Bristol County District Attorney’s Office, both the driver of the Acura 3.2TL, Dinasalia Medeiros, 74, of Fall River, and the front seat passenger, Chantel Gould, 29, of Fall River, were declared deceased at the scene of the crash near the intersection of Second and Morgan streets.

The two rear seat passengers, a 23-year-old Fall River woman was transported to Rhode Island Hospital and her 18-month-old son was taken to Hasbro Children’s Hospital. The adult is in stable condition, while the baby is in serious but stable condition.

The preliminary investigation has revealed that the vehicle was traveling north on Second Street around 12:15 p.m. Tuesday when it appears to have clipped the curb, lost control and struck Finders Keepers at 427 Second Street.

Accident reconstruction and investigation remains ongoing. No other vehicles or pedestrians were involved in the incident.