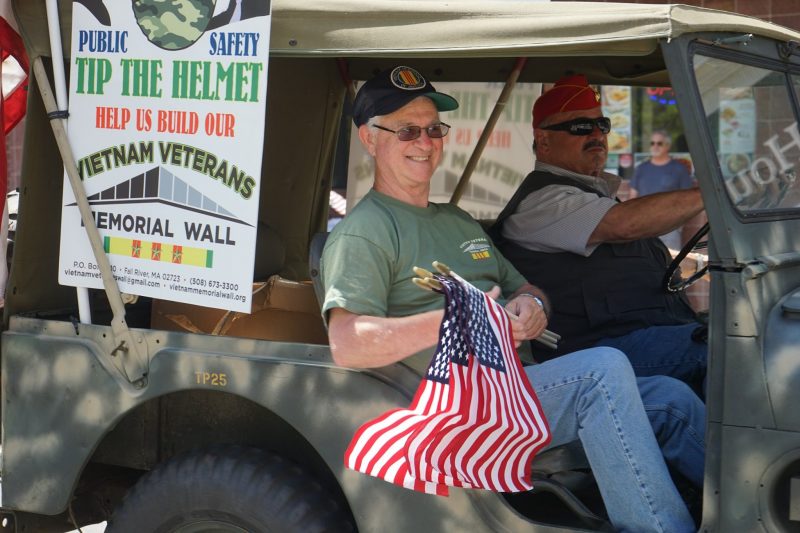 This year’s Fall River Memorial Day Parade, honoring those who have given the ultimate sacrifice, will take a different turn than in years past.

The event, which is scheduled to take place on May 25th, had to be modified due to the COVID-19 pandemic and the order in place concerning the gathering of crowds.

This year, instead of residents lining South Main Street, the parade will be coming to the people.

The Rolling Tribute is scheduled to be a drive-by parade through the city in which anyone is welcome in whatever vehicle they own.

Instead of the parade beginning at the usual Kennedy Park location, participants will meet at 11:30 a.m. at the corner of Wilson Road and Riggenbach Road with a step off at 2:00 p.m. from the intersection of Wilson & Riggenbach.

The event will then conclude with a closing ceremony.

If there is any individual or group that wants to join the Memorial Day Rolling Parade please call (508) 951-6847, or e-mail at pd2071@aol.com. Participants are encouraged to adorn their vehicles with flags and/or banners in salute to our veterans. If you need a banner made, Express Printing is willing to design and print one for you at minimal cost, according to Desmarais. All coronavirus protocols will be adhered to, according to Desmarais.