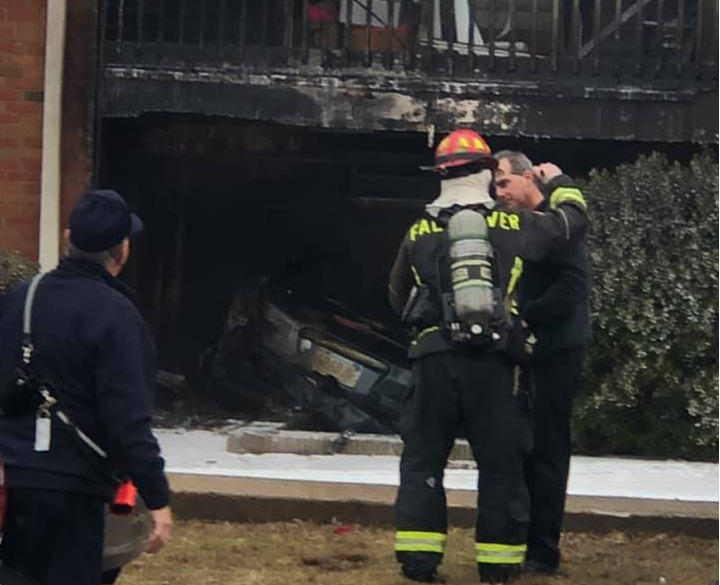 A woman has lost her life at a fire at the Four Winds housing complex in Fall River Tuesday morning.

Fall River Police received 911 calls around 9:40 a.m. today to report that a vehicle crashed into the Four Winds Apartments building 15 at 5500 North Main Street. The one car crash set off a fire at the apartment complex.

According to the Bristol County District Attorney’s Office, when rescue personnel arrived on scene, they located a 72-year-old Fall River woman deceased inside the vehicle. A second occupant of the vehicle was rushed to Rhode Island Hospital and is currently in critical condition. The surviving victim has yet to be identified.

According to Fall River Fire Chief John Lynch, the vehicle crashed and hit a gas line in the maintenance room causing the 6 alarm fire. Witnesses stated that the car was going at a high rate of speed. Four firefighters were transported to the hospital heat related conditions, but appear to be ok. Lynch estimated that 45 residents have been displaced. One pet has been revived and there was no sprinkler system in the building. Crews will be on scene for some time according to Lynch.

Fall River Fire officials, with the assistance of other area fire departments, were able to extinguish the fire at the apartment complex although the building did sustain damage from the blaze including the roof collapsing. At this time, it appears that no occupants of the apartment building were injured during the incident. However, fire officials are still clearing the scene at this time. 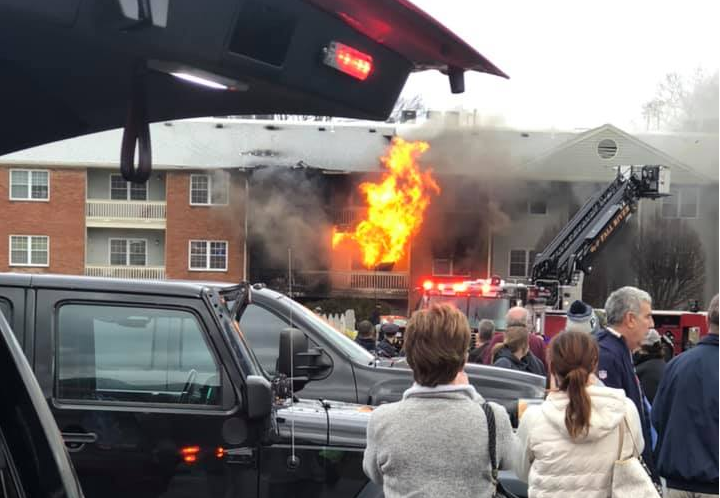