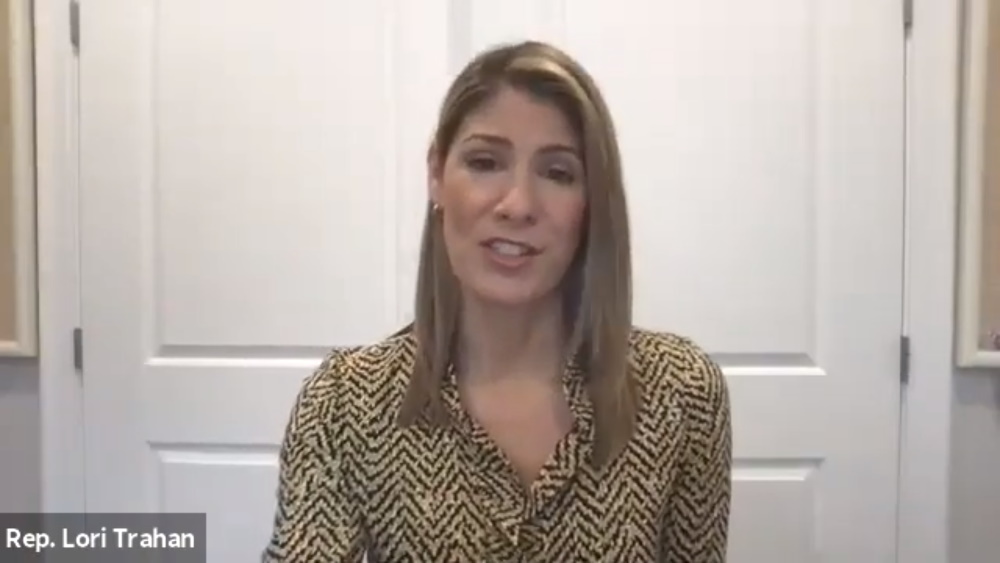 NOV. 14, 2022…..Even before Georgia voters decide a runoff election for U.S. Senate, Democrats ensured that they would retain control of that chamber in the new Congress after the Nevada Senate contest was called over the weekend for Catherine Cortez Masto.

Now the focus shifts to the House, where Democrats have a possible, albeit narrow, path to keeping control. But even if Republicans do seize power in the House, the majority will be small and the election a huge disappointment for the GOP, whose leaders were preparing to surf into power on swell of momentum and popular appeal.

U.S. Rep. Lori Trahan, the Third District Congresswoman from Westford, ran and won one of the few contested federal races in Massachusetts this cycle. She views the strong performance by Democrats this cycle as a repudiation of “extremism” in the Republican party.

“First and foremost, this notion of extremism. It was on the ballot. It was on the ballot here in Massachusetts and in many races across the country, and it was defeated. I think people want adults in the room talking earnestly and thoughtfully about the real issues affecting them,” Trahan told WBZ and MASSterList columnist Jon Keller on his Sunday morning show.

Trahan was reelected to a third term over Republican Dean Tran, a former state senator, by a margin of 64 percent to 36 percent. Despite saying he was focused on the future and the economy, Tran in the closing weeks of the race refused to say President Joe Biden fairly won the 2020 election.

Asked by Keller how she would work with a growing number of election deniers in Washington, Trahan said she would “go on the hunt for Republicans I can work with.” She mentioned in the past being able to put aside differences with some Republican election-deniers to co-sponsor legislation related to mental health and substance use.

Trahan said it’s an “impossible percentage” for her to estimate how many Republicans actually believe the 2020 election was stolen and how many just say it to appease their far-right base and win reelection.

“But in some cases it almost doesn’t matter. When people elect someone to go represent them they want you to do it with courage and honesty and integrity,” Trahan said.

On the economy, Trahan said the cost of living in Massachusetts is hurting many families, but she believes Congress has set the stage for manufacturing, semiconductor chip design, and transportation infrastructure to come back to the United States over the next two to five years, creating good paying jobs.

She also said the quality of life in Massachusetts and the rich talent pool coming out of schools like UMass Lowell will continue to attract companies to the state. She’s said she’s not worried about the “tax-a-chusetts” label coming back, not even after passage of the “millionaire’s tax.”

“No, I think we need a steady stream of revenue so that we’re constantly making investments in our education, in our young people, and also our transportation so that we can continue to be competitive and lead the country,” Trahan said.