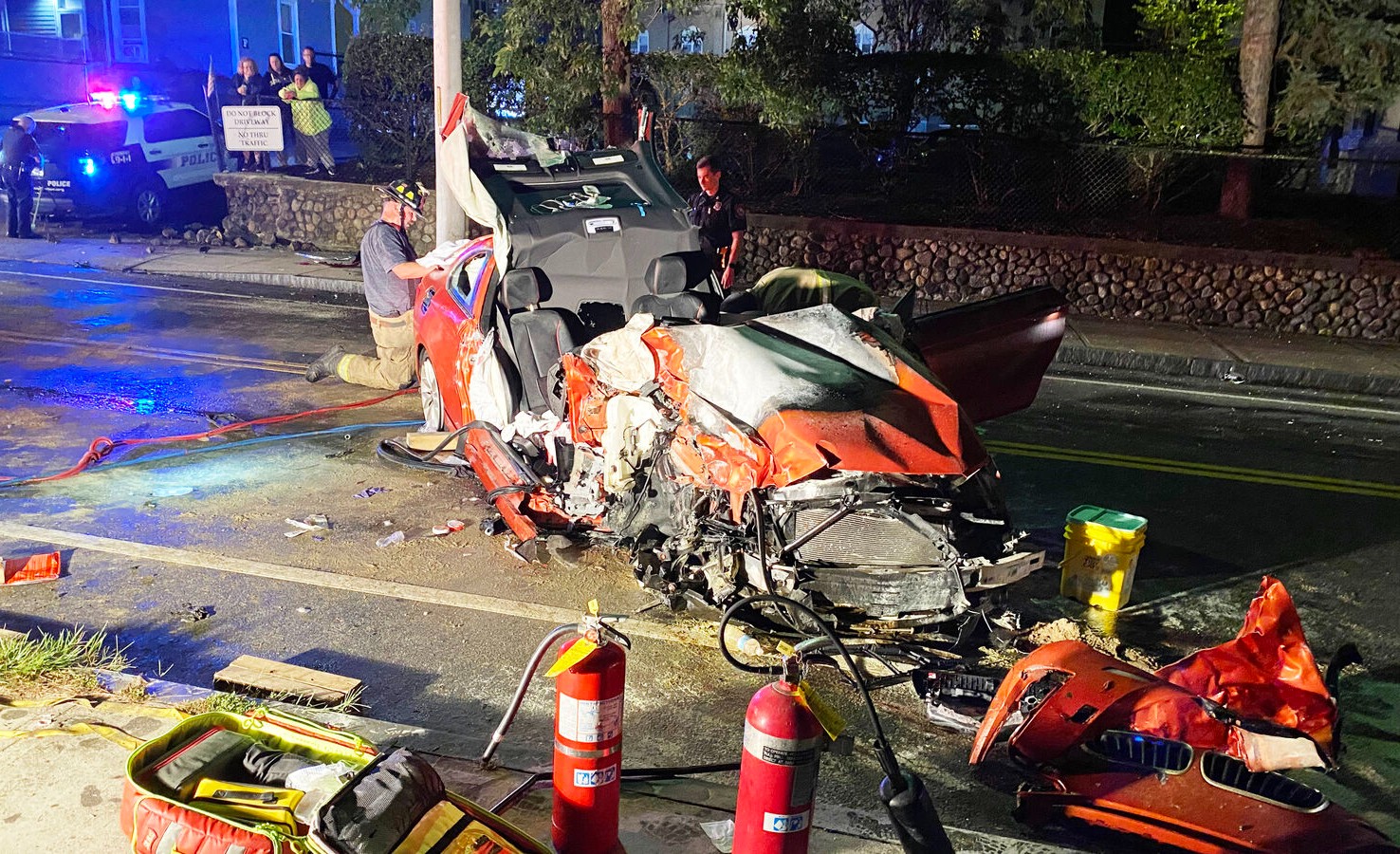 A call came into dispatch just after midnight for a one car crash on Howland Road.

Upon arrival, responders found an accident where two people were trapped in the vehicle. The vehicle also caught fire.

The driver was immediately removed and taken to Rhode Island Hospital.

The passenger, who was more severely trapped, was extricated and taken by MedFlight to Rhode Island Hospital.

The driver and passenger were seriously injured, but the injuries appear to be non-life-threatening.