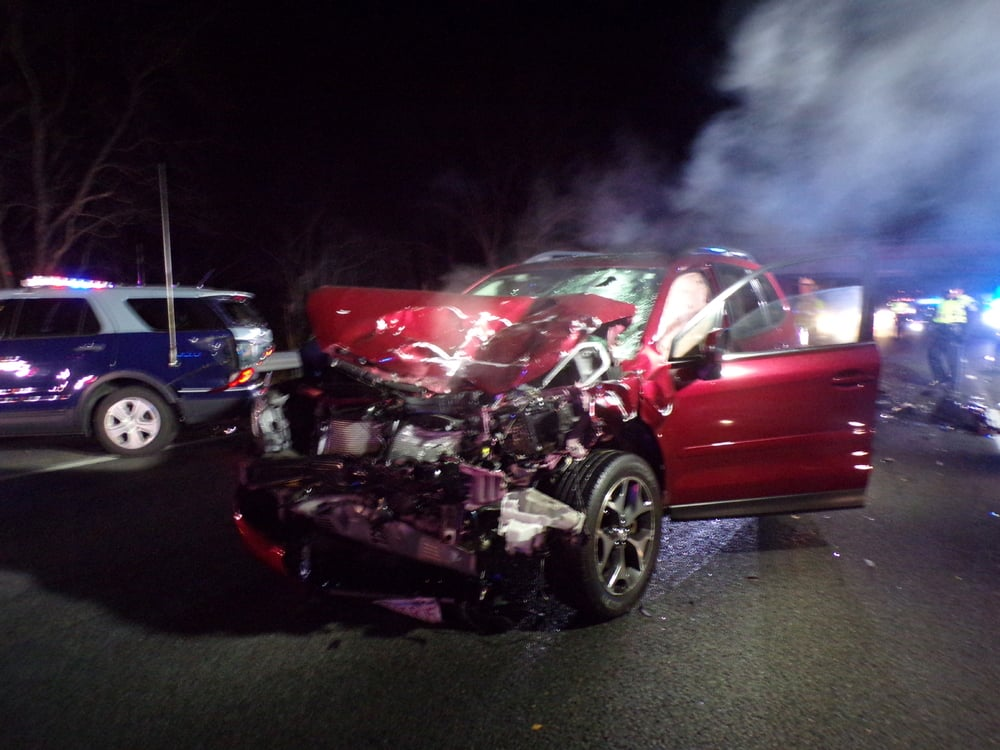 Two people were injured in crashes that were minutes apart and near the same location.

According to the Rehoboth Fire Department, early Sunday morning, RFD responded to a report of a vehicle that rolled over in the median of Route 195.

While responding, dispatch provided an update that the vehicle was now on fire. On approach, a vehicle was found on its side fully engulfed in the median. Upon arrival, the operator approached stating he was the only one in the vehicle and was asking for help for his injuries.

The operator was treated and transported by Rehoboth Ambulance to Rhode Island Hospital. 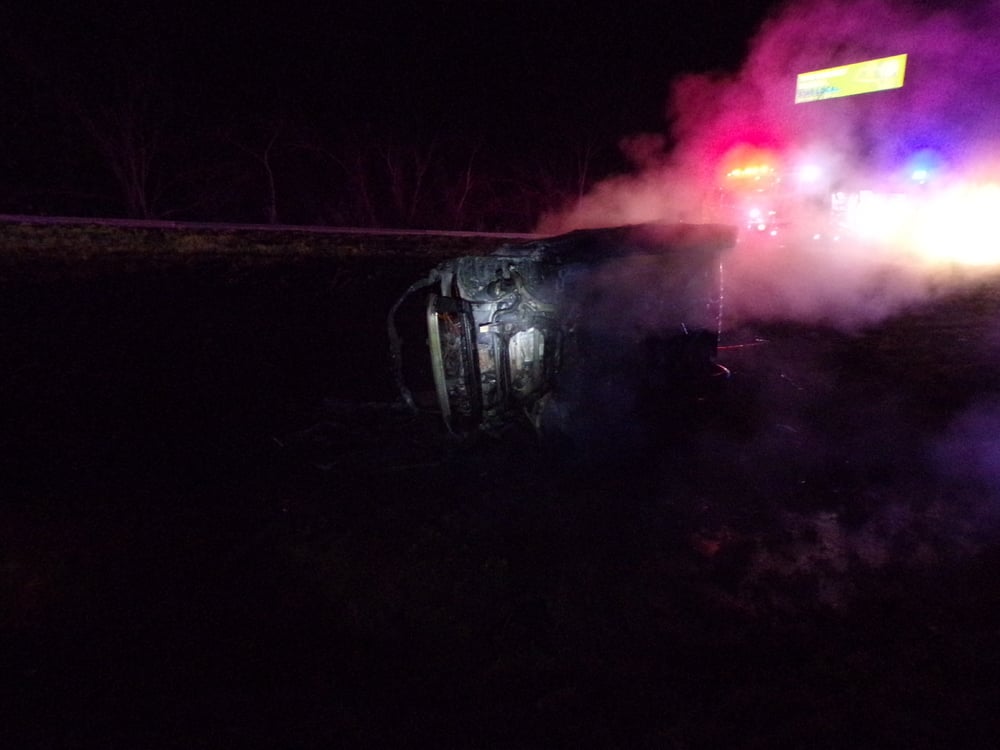 While cleaning up that accident, another accident occurred behind the original in the middle lane. A vehicle approaching the accident scene, did not stop, and struck from behind a Massachusetts State Police Ford Explorer that was blocking traffic. The Explorer was pushed into the right lane and into the guardrail. Just a minute before, 2 State Troopers were seated in the Explorer doing the report of the original accident.

Officials stated that the driver suffered severe facial lacerations despite airbag deployment because the driver was not wearing his seatbelt. The driver was attended to by EMTs from the Fire Department until an ambulance from Rehoboth Ambulance arrived.

Both accidents occurred less than 200 feet from each other and in both cases the drivers were alone and no Fire or Police were injured.