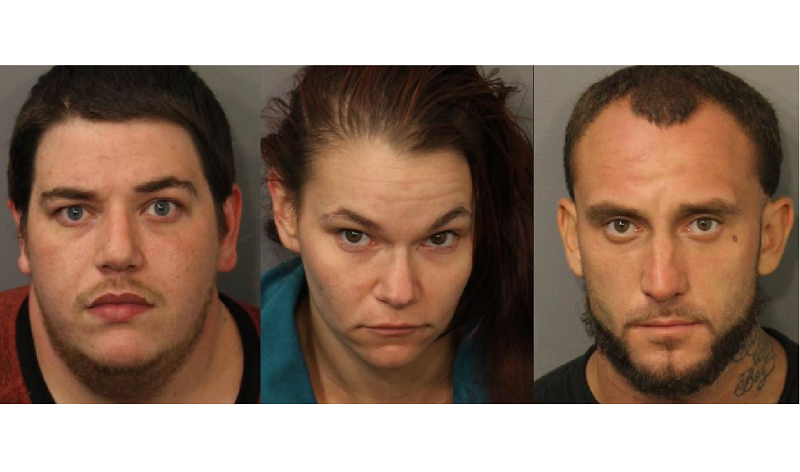 According to Sergeant J.T. Hoar, on Wednesday, July 3, at approximately 2:00 a.m., Fall River Police were dispatched to the area of 24 Branch Street for a report of shots fired. Further information was that a male was claiming he was shot at and was running and hiding from a potential shooter.

Sergeant Brett Kimball and Officer Neil Rodrigues were the first officers on scene and during their response they observed a suspicious vehicle parked at the intersection of Morgan Street and Fourth Street which is approximately one block from the suspected area of the shooting. This vehicle was parked strangely and Sgt. Kimball observed a male standing near the rear passenger door. The male, upon noticing Sgt. Kimball’ presence, became visibly nervous, reached for his waistband and bent over into the vehicle leaning out of sight into the vehicle. Officer Neil Rodrigues arrived shortly after and an investigation began into this vehicle and its occupants.

Two Males and A female were arrested as a result of the investigation.

2. Jonathan Argyle (26 years old) of Lunenburg, VT was charged with the aforementioned charges as well as:

 Carrying a Loaded Firearm in Public without a LTC

A 32-year male old victim was located as part of the investigation. He suffered injury to his tricep and hand. These injuries were deemed non-life threatening.