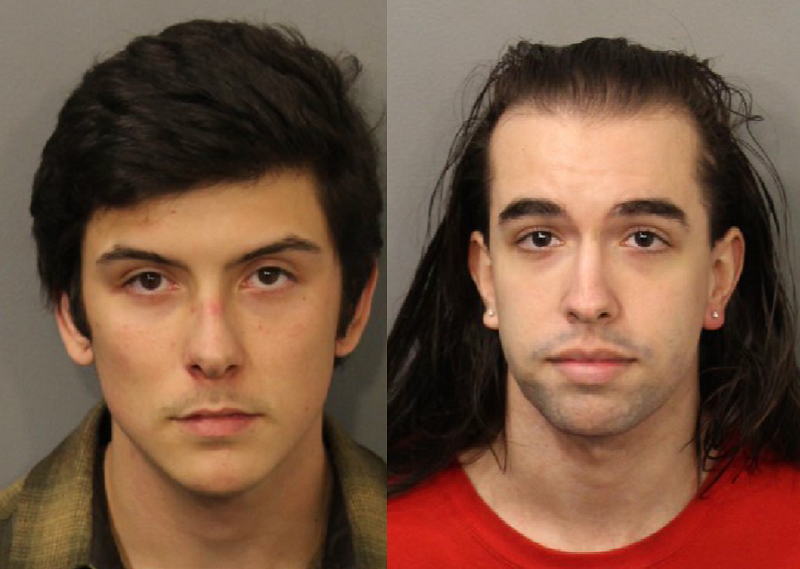 According to Sergeant J.T. Hoar, on Wednesday December 19th at approximately 7:00 p.m., Officer Raul Camara along with several other Fall River Police Officers responded to the intersection of Plymouth Avenue and Peckham Street for a fight involving baseball bats and cars having their windshields broken. Further information was obtained by other 911 callers that a male was beating another with a bat in the street.

Officers spoke to all parties involved and determined that a male identified as Dillon St. Pierre and his passenger Timothy Couto had cut off a vehicle operated by Eddy Deleon near the intersection of Warren Street and Plymouth Avenue. After this incident, St. Pierre began driving erratically continuing to cut off Deleon by changing lanes back and forth until they reached the intersection of Peckham Street and Plymouth Avenue where St. Pierre cut off Deleon and blocked him from proceeding.

At this time, St. Pierre exited his vehicle and confronted Deleon and began assaulting him through the open window of Deleon’s vehicle. St. Pierre then went back to his vehicle and retrieved a baseball bat and began smashing the windshield of Deleon’s vehicle. Deleon exited and he was then struck with the bat. The passenger in St. Pierre’s vehicle, identified as Timothy Couto, also exited and began assaulting Deleon. An independent witness attempted to break up the fight at which time the bat was dropped on the ground. Deleon retrieved the bat and began smashing the windshield of St. Pierre’s vehicle. Deleon also reported that he was also stabbed in the bicep by St. Pierre during the scuffle.

During an inventory of St. Pierre’s vehicle, a baseball bat and small dagger was seized as evidence.

Deleon was transported to St. Anne’s Hospital for his injuries and later released. St. Pierre and Couto were arrested and charged with Assault & Battery with a Dangerous Weapon, Disturbing the Peace while armed and vandalizing property. Due to Deleon’s injuries, he was summonsed for the same charges.