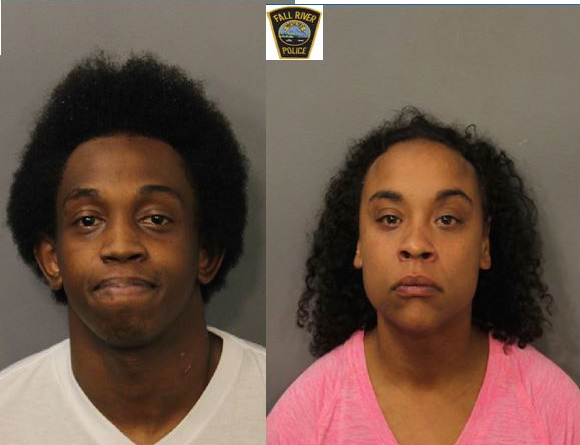 A text led to a home invasion and fight in Fall River last week.

According to Fall River Police, on Sept 28th at 2:00 a.m., Fall River Police Department Uniform Division Officers Michael Perreira, Alex Araujo, and Matthew Gauvin responded to a home invasion complaint at a Fountain Street residence. The female victim, a 47-year-old city resident, told responding officers she was having a party with several of her friends when a female acquaintance identified as Melissa Soares, 40, entered her apartment and armed herself with a kitchen knife. Soares struck the 47-year-old with a fan after accusing her of texting her boyfriend Carlton Lewis-Bradley who on his arrival at the apartment kicked in the door and pointed a gun, described as a Glock, at the party-goers within the apartment. Soares was arrested on the scene while Lewis-Bradley fled. Lewis-Bradley was located a short time later at his residence where he was taken into custody. No firearm was located.

Carlton Lewis-Bradley age 23 of 451 William Street #3 Fall River was taken into custody on charges of:
• Home invasion
• Assault with a Dangerous Weapon
• Carrying a Firearm without a License
• Vandalizing Property – 2 Counts and
• Assault and Battery