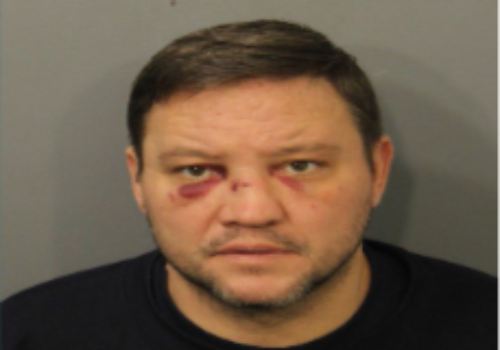 A man was arrested by Fall River Police over the weekend after going on a crash spree.

According to Detective John Robinson, at approximately 10:30 p.m. on Friday, FRPD Officers responded to T.A. Restaurant at 408 South Main Street in response to a vehicle striking parked cars, a parking meter, and the restaurant exterior wall.

An investigation revealed that civilians removed the keys from the vehicle, putting an end to the carnage.

Dennis R. Andrade, 45, of 4 Mador Avenue in Taunton, was taken into custody on charges of OUI-Liquor 3rd offense and Negligent Operation of a Motor Vehicle.