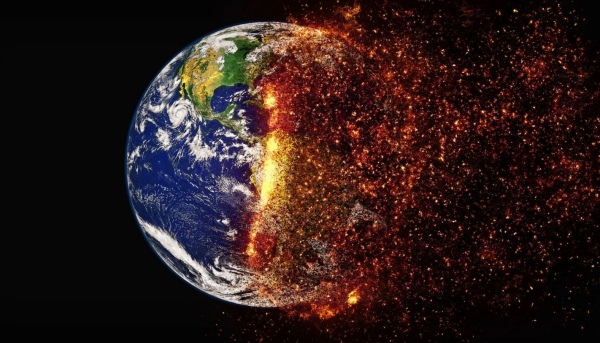 The rest of the 2020s need to be “the decade for action” on climate change and energy policy if Massachusetts is to meet its mid-century greenhouse gas emissions reduction target, and that will require sweeping changes in the ways that people in Massachusetts heat their homes, get to work and around town, and generate electricity, the Baker administration said Wednesday.

The Executive Office of Energy and Environmental Affairs released its 2050 Decarbonization Roadmap and draft 2030 Clean Energy and Climate Plan on Wednesday to put some meat on the bones of the decarbonization framework Gov. Charlie Baker laid out in January when he accelerated the state’s efforts and threw his support behind a net-zero target for 2050 emissions.

Between the two reports, the administration laid out possible pathways towards that 2050 target but also set a new goal of reducing greenhouse gas emissions by 45 percent from 1990 levels by 2030. To get there over the next decade, Massachusetts needs to retrofit more than one million homes and more than 350 million square feet of commercial space with better insulation and heat pumps, reduce commuter vehicle miles traveled by 15 percent, begin to phase out gas-powered cars and trucks, and start getting clean power from the hydroelectric and offshore wind projects already in the pipeline.

“After analyzing multiple pathways to net-zero, we’re confident that Massachusetts has the ability to achieve our ambitious 2050 climate goals and if we’re smart about the approach we take and the strategies that we select, we can do so affordably and equitably while maintaining a thriving economy and ensuring that we bring everyone along, especially our most vulnerable residents,” Energy and Environmental Affairs Secretary Kathleen Theoharides said.

While the new plan lays out a path to cut emissions, some of the policies to help get there remained bogged down Wednesday in a House-Senate conference committee. That panel was charged over the summer with coming up with a consensus bill, but has only until Tuesday to wrap up, or else lawmakers will need to start over again.

Theoharides said her office found that the most cost-effective and low-risk paths to net-zero emissions by 2050 include a balanced portfolio of clean energy generation that is “anchored by a significant offshore wind resource,” greater interstate transmission abilities so clean power produced elsewhere can be delivered to Massachusetts, and widespread electrification of transportation and building heating.

Massachusetts lost ground in its latest report on reducing greenhouse gas emissions, but a Baker administration official said Wednesday that the state remains on track to meet the 2020 requirement of a 25 percent reduction from 1990 emissions levels. The administration in October released an update to the Massachusetts Greenhouse Gas Emissions Inventory which showed emissions in 2018 were 22.2 percent below emissions in 1990, compared to 2017 emissions that were 22.7 percent below 1990 levels.

Peter Rothstein, president of the Northeast Clean Energy Council, welcomed the administration’s reports and said his organization looks forward to “helping to translate these plans into policies and programs” in the new year.

“These reports detail considerable analysis and thoughtful planning undertaken by the Baker-Polito Administration, and we applaud Governor Baker and Secretary Theoharides for taking these important steps to lay the foundation for how Massachusetts will achieve net zero emissions by 2050 and interim goals by 2030,” he said. “With today’s announcement of a new target of 45 percent emission reductions by 2030, the Administration is taking an aggressive leadership position for the Commonwealth and the Northeast.”

The Metropolitan Area Planning Council, which has been part of the Global Warming Solutions Act implementation, said it was “pleased to see the Administration making commitments to decarbonize our homes and businesses, connect our communities to renewable and clean sources of energy, and make carbon-free modes of transportation accessible for all. These transitions across all sectors of the Massachusetts economy are fundamental to ensuring an equitable and resilient net zero emissions future for the state.”

The New England Power Generators Association said the analysis is “important in laying out a vision for the future, but it does not tell us how to get there.” The organization that represents fossil fuel plants as well as solar generators said it stands ready to help the state transition but offered two guiding thoughts.

“First, we must internalize the costs of climate change into the economy to support new investments and guide consumer choices. That should be done through putting a meaningful price on carbon emissions in the electricity, transportation, and heating industries,” Dan Dolan, president of NEPGA, said. “Second, the New England electricity markets should be improved to better account for the services that will be needed in this changing economy. That will ensure that power plants needed to maintain reliability â€“ while meeting our climate responsibilities â€“ are kept around.”

The administration’s latest plan calls for a requirement that all new cars and passenger trucks sold in Massachusetts be zero-emission vehicles starting in 2035, new long-term declining emissions caps for heating fuels like natural gas and oil, scaling up offshore wind generation by more than 15 times from the 1,600 megawatts already under contract to 25 gigawatts by 2050, the creation of a new net-zero stretch building energy code, and more.

Passenger cars are currently responsible for about 27 percent of statewide emissions and that number “will need to be reduced to nearly zero” by 2050, the administration said in the 2050 roadmap, but the current pace of electric vehicle adoption lags what is necessary. Meeting the 2030 reduction target “would require that about 1 million of the 5.5 million [passenger vehicles] projected to be registered in the Commonwealth in 2030 be” zero-emission vehicles.

Currently, the administration said, there are about 30,000 zero-emission and hybrid vehicles registered in Massachusetts but officials said their plan is not reliant on a sudden and dramatic breakthrough in electric vehicle technology, but rather the regular technological progress that the automotive industry has already displayed around electric vehicles.

Getting to 1 million electric vehicles by 2030 and then shifting to exclusively electric vehicle sales by 2035 will also require Massachusetts to build out a charging infrastructure that will give people the confidence to use a battery-powered car.

“Helping to ensure that consumers have access to charging, personal charging, is critical and this is particularly challenging for folks in apartment buildings who may not have garage space or designated parking. And so that’s a challenge we’ll continue to be working on,” Theoharides said. “The other piece of this is the public charging and ensuring that there is build-out of fast chargers along highways, of charging stations in rural locations and throughout the state, and that’s something we’ll also be continuing to work on over the next decade.”

Though the administration wants more people driving electric vehicles, simply moving away from internal combustion engines won’t be enough to wring the necessary reductions out of the transportation sector, which as a whole accounts for 42 percent of the state’s emissions. To get to the 2030 target, Massachusetts needs to reduce the average number of miles a worker commutes by car by 15 percent, which officials said would be roughly equal to reducing statewide vehicle miles traveled by about four percent.

When the COVID-19 pandemic first hit and many workers stopped making daily trips to and from the office, Massachusetts saw a 50 percent drop in statewide vehicle miles traveled and that has since climbed back to about 80 percent of pre-pandemic levels, officials said.

“We really believe that that teleworking is something that is going to stay with us, even after the pandemic,” the secretary said, adding that the state was looking into offering tax credits or subsidies to promote teleworking before the pandemic. “I think the question we’ll be looking at now is whether that tax subsidy is needed or whether everyone now recognizes how much telework is a viable, often very productive, way to work and so we actually think that teleworking may be here to stay without any additional incentives.”

Offshore wind is poised to play a major role in Massachusetts’ net-zero efforts. Already, Massachusetts utilities have contracted for about 1,600 MW through the Vineyard Wind and Mayflower Wind projects and the Legislature has authorized the Baker administration to seek 1,600 MW more — Theoharides said the administration could issue another request for proposals for more offshore wind power “in the near future.”

Those two projects, which remains years away, must be generating electricity for Massachusetts to meet the 2030 target, but the secretary said that the 2050 goal of net-zero emissions will require a lot more wind energy.

“Offshore wind is an absolutely critical part of a low-cost strategy to achieve net-zero emissions. By 2050, we’re looking at something on the order of 25 [gigawatts] of offshore permitted and operating off of our coasts,” she said. She added, “We look forward to efforts to work with the incoming administration to ensure the two projects — the Vineyard Wind project and the Mayflower Wind project — that we have in the pipeline get permitted and built expeditiously, and that we can work with the administration on the siting of new lease areas that balance environmental impacts with this great energy resource we have off our coasts.”

Theoharides also pitched the indirect benefits of the state’s decarbonization efforts Wednesday and said there is something in the plan for everyone.

“The roadmap finds that achieving net-zero emissions will deliver significant benefits to residents across the commonwealth,” the secretary said. “This includes a precipitous drop in air pollution, particularly in environmental justice communities currently overburdened with poor air quality … We also see savings in health costs of up to $100 million per year by 2030 and the creation of thousands of high-quality local jobs.”