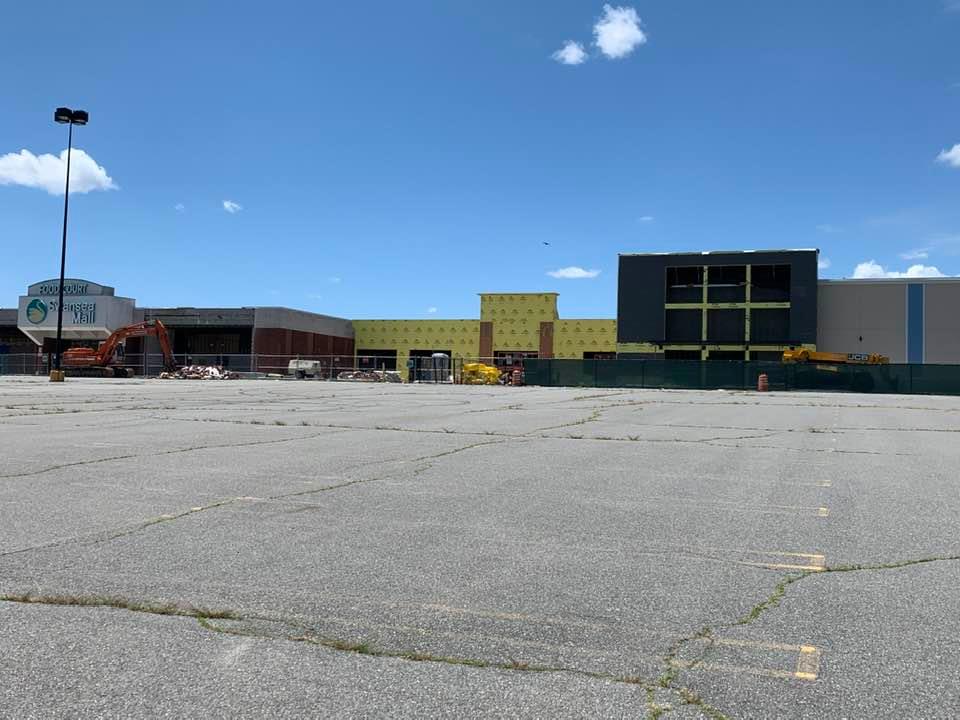 Swansea Selectmen Christopher Carreiro issued an update Sunday on the progress being made concerning the old Swansea Mall property.

“Checked out the construction progress at the Swansea Mall today while taking a drive around beautiful Swansea! As you can see, exactly as the owners described and planned, they’ve began moving from the former Apex location to the food court area, as they demolish and reconstruct this former inside mall into an outside mall. They’ve started cutting out entrances to the front of the building and constructing a brand new facade that will be the theme throughout the project!”

Carreiro stated that there are already tenants on deck to live in the housing complex being built at the location.

“I can’t wait until they make public and share the rest of their plans with the community.”

In November of 2019, a Swansea bylaw passed to place an overlay district over the commercial zoning of the property to allow Anagnost Companies the ability to build two 72 unit complexes to be part of a “Lifestyle Center”.

Richard Anagnost had previously outlined the plan for the famous property in 2019.