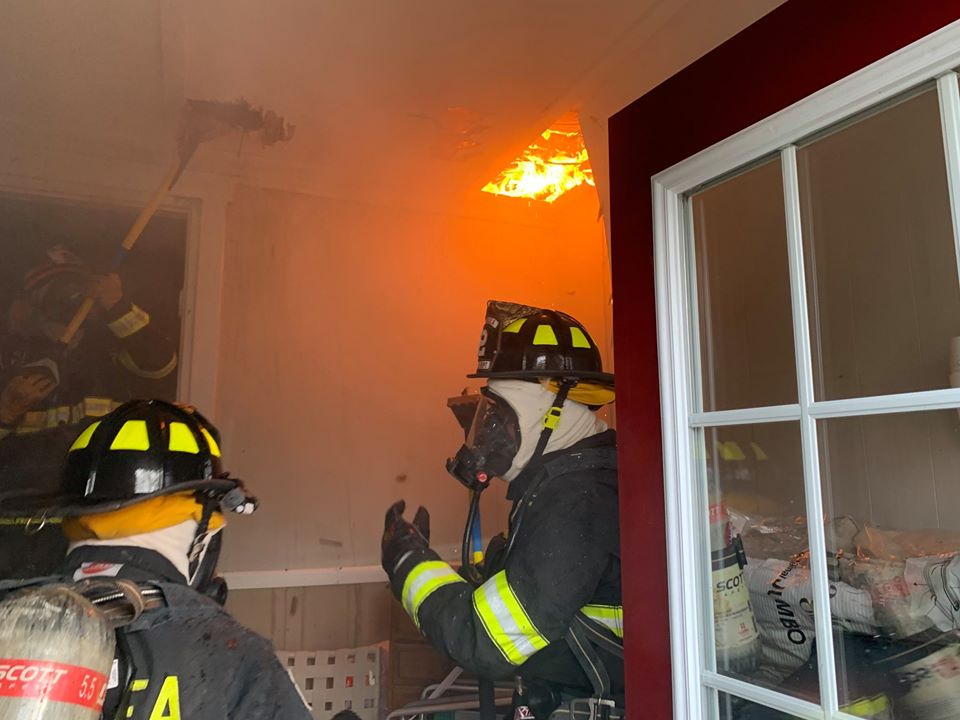 According to SFD, at 2:43 p.m., Swansea Fire received a report of smoke coming from a home on Bark Street.

Firefighters quickly arrived on scene and found heavy smoke coming from the eaves and walls of the home. Fast entry was made to the second floor where access was made to the attic and an interior and exterior wall where the fire was located and knocked down. Fire also extended to the roof, where the plywood roof had already completely burned leaving only patches of unsupported shingles. The American Red Cross was also notified to assist the occupants of the home.

No injuries were reported and the fire is under investigation.