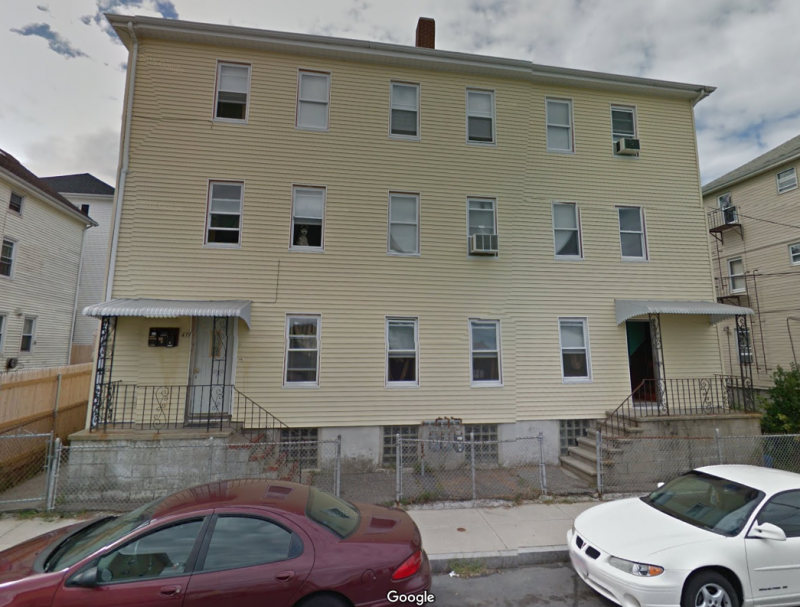 More than 315,000 Massachusetts tenants have little to no confidence that they will be able to pay rent in August, according to survey data collected by the U.S. Census Bureau, a figure that one group said indicates as many as one in three renter households could soon face eviction.

The Census Bureau’s Household Pulse survey, which estimates state-by-state impacts from the pandemic on a weekly basis, projected that just more than half of renting adults in the Bay State were fully confident in mid-July that they would be able to cover housing costs in the following month, reflecting widespread uncertainty as Massachusetts grapples with a worst-in-the-nation unemployment rate.

Most evictions and foreclosures are paused in Massachusetts until Oct. 17 under a temporary ban Gov. Charlie Baker approved and then extended. Housing rights groups warn, however, that the financial uncertainty evident in the survey data is a harbinger of a wave of housing removals that will arrive once the moratorium expires. Some landlords, on the other hand, are also in financial peril as their rental income dries up.

In a new report citing the Census projections, the City Life / Vida Urbana organization said the pandemic-related housing crisis has disproportionately impacted people of color, who are more likely to face instability.

Many renters have relied on sources of funding other than income or savings to make ends meet, a practice that MIT researcher Ben Walker described as “unsustainable.”

“People need to pay rent, and without action from the State House and the federal government, people are coming up with their own solutions,” Walker, who worked on the City Life / Vida Urbana report, said in an interview with the News Service. “Household Pulse survey data says people are turning to credit cards, taking out loans, borrowing money from family and friends, and these solutions can’t last forever.”

“They’re nowhere near enough to cover the massive amount of rent owed in October when the statewide eviction moratorium is set to expire,” he added.

The Household Pulse survey is one of the Census Bureau’s experimental tools, launched in an attempt to track on-the-ground effects from the COVID-19 pandemic. While Walker said it is not a flawless source of data, he described it as a critical service to understand how renters are handling the upheaval.

Using the most recent survey conducted from July 16 to July 21, the Census Bureau estimated that 318,000 Massachusetts residents older than 18 who rent housing — representing about 19 percent of all renters — have no confidence or only slight confidence they could pay August rent, compared to 368,000 with moderate confidence and almost 751,000 who have high confidence.

City Life / Vida Urbana cited estimates from advisory firm Stout that as many as one in three renter households could face evictions in the next few months, calculated by adding all no confidence or slight confidence and half of the moderate confidence renters.

The housing strain carries more acute effects on renters of color. White tenants were about 2.8 times as likely to have high confidence about making August rent as Black tenants and about 1.7 times as likely as Hispanic or Latino renters in the most recent Household Pulse data.

About 42 percent of Black renters and 30 percent of Hispanic or Latino renters have no or only slight confidence in covering housing costs for another month, compared to just 14 percent of White renters with the same uncertainty.

Walker said the pandemic has widened gaps that people of color face in the Massachusetts housing market, pointing to a past City Life / Vida Urbana report that 78 percent of eviction filings in Boston occurred in Census tracts where a majority of the population was nonwhite.

“Expanded unemployment insurance covered a lot of people,” he said. “It helps a lot of people. But it didn’t cover undocumented workers and it didn’t cover independent contractors working different kinds of gig jobs. A lot of people who have been most exposed to COVID-19, who have been forced back to work on the front lines, are Black and brown workers in Black and brown communities. Their experiences and their demands for justice should be the center and the priority of however Massachusetts determines to solve the housing crisis.”

Pressure has been widespread for months since the pandemic hit in March. Workers have lost jobs at a record pace, and while the federal government offered an additional $600 per week in unemployment aid to help mitigate the disruption, that expanded benefit expired at the end of July.

The data indicating tenants may not be able to cover rent also created concerns for Greater Boston Real Estate Board CEO Greg Vasil, who said all parties involved need to strive for a solution “from both perspectives.”

“Depending on how long this thing goes, we’re going to need to have relief,” Vasil said. “Something has to be done for the property owners. We’re the party that’s going to get the least amount of sympathy, but we’re also providing the housing. (Leaders have) done something for the tenants, but there are owners who are hurting, and you’ve got to find a way to keep them whole or else you’re going to end up in foreclosure.”

The existing moratorium does not exempt renters or property owners from paying rent or mortgages, though it does temporarily prevent removal for failure to pay if COVID-19 created a financial hardship.

Both City Life / Vida Urbana and Walker himself called for state lawmakers to approve legislation that would keep the eviction and foreclosure moratorium in place for one year after the state of emergency ends, freeze rents during that span, and offer financial relief to small landlords who lost rent revenue.

That proposal has been unpopular among groups representing landlords and the real estate industry, many of whom also face pressure to pay mortgages on their properties. Vasil said lawmakers and Baker should allow the moratorium to expire so that eviction cases can start to be filed, which he said would “quantify” the problem and allow for a targeted response.

“What we need to have happen is these people at least file cases so we see what’s coming,” Vasil said. “That doesn’t mean people get thrown out in the streets, but then the courts can look at it and say, ‘okay, how can we commit our resources, let’s get involved in mediation, what other court services can we use?’ ”

Keeping the moratorium in place for much longer, he said, would create an “armageddon” of landlords going bankrupt, Vasil warned.

A group of landlords filed a lawsuit aimed at scrapping the moratorium, citing negative effects from tenants who have not paid during the pandemic. The judge in that case has not yet decided on whether to issue a preliminary injunction.

Baker has the option to extend the moratorium again in October and the Legislature, now that it has extended formal sessions through 2020, is also in position to address the issues by moving legislation.