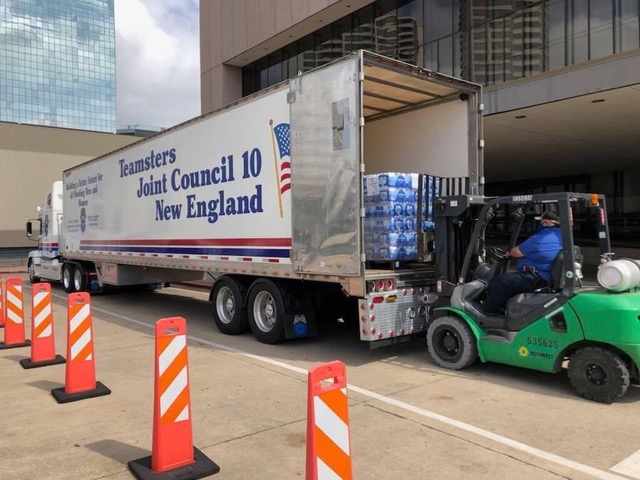 Quincy, Mass. – March 9, 2021 – Today Stop & Shop and Teamsters Local 25 have announced they are working together to help those in need in the state of Texas, where brutal winter storms have left millions of people in need of food, water, and shelter.

“We’re proud to partner with the Teamsters to show our support for those in Texas. Knowing that so many people have not had access to drinkable water, we really wanted to help out in the recovery efforts – no matter how far away,” said Jim Labrecque, VP of Distribution Operations for Stop & Shop.

According to Sean M. O’Brien President/Principal Officer for Teamsters Local 25, “This is another example of Teamsters stepping up for those in need. We’re glad to be able to lend a hand during this humanitarian crisis and to help those in Texas going through a difficult time.”

The bottled water donation was distributed through the International Brotherhood of Teamsters Disaster Relief Program in the Houston, Texas, area.