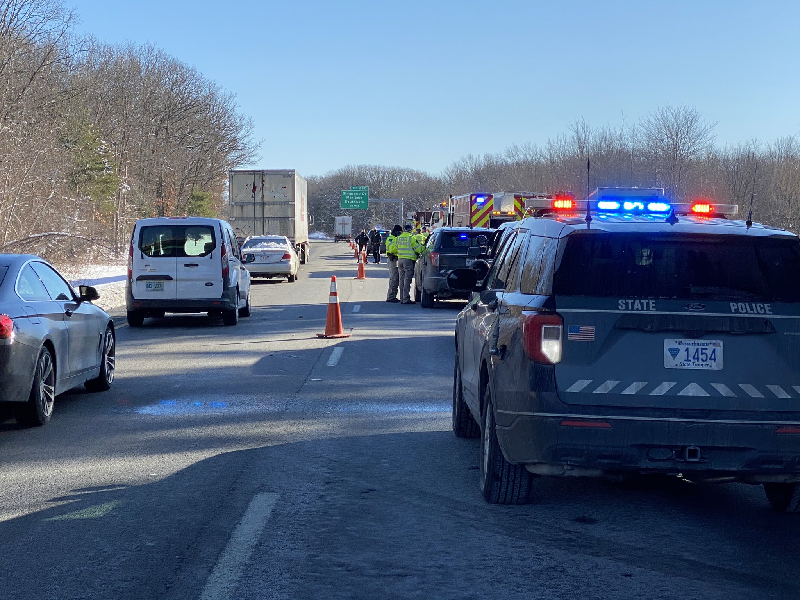 An afternoon crash has claimed the life of a Massachusetts man.

According to Massachusetts State Police, at approximately 12:45 p.m. today Troopers assigned to State Police-Millbury responded to reports of a crash involving a tractor trailer and a box truck on Route 495 southbound at mile marker 62.6 in Marlborough. The crash resulted in the fatality of the operator of the box truck.

Preliminary investigation reveals that the 2019 Volvo tractor trailer was being operated at a slow speed while the operator, a 33-year-old man from Kentwood, Mich., was looking for a safe location to stop due to a tire blowout that had occurred shortly before the crash. For reasons unknown at this time a 2018 Isuzu box truck crashed into the rear of the tractor trailer causing fatal injuries to the operator, a 42-year-old man from Chelsea. His name is not being released at this time due to family notification. The operator of the Volvo was not injured in the crash.

Troopers were assisted on scene by MassDOT and Marlborough Police, Fire and EMS. The left and middle travel lanes were closed for 3.5 hours while a detailed investigation was conducted.