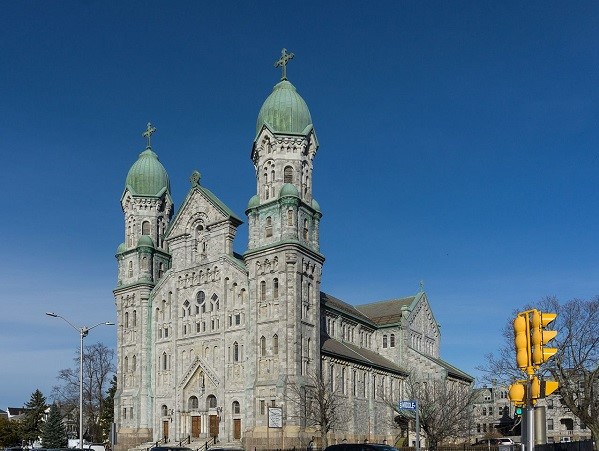 As many of you know, The St. Anne’s Preservation Society has re-opened St. Anne’s Shrine.

Activities have now begun at the Shrine.

The Shrine opened Thursday, July 4th, on the anniversary of the 1906 dedication of the building’s upper church and has been open daily seven days a week from 10:00 a.m. to 6:00 p.m.

Bible study, the rosary, and a prayer group are coming in the near future.

A support group for young people is also being considered. A place they could come for a couple of hours a week and just vent.

According to Richie Affonso, President of the St. Anne’s Preservation Society, getting things ready for the Mass taking place on July 26 at 7:00 p.m. is a big priority.

“There is a lot of cleaning and prep to do.”

The group has also begun planning the fundraising for the upper church and getting operations to run smoothly at the Shrine.

The goal of the Preservation Society is “a complete restoration of St. Anne’s over a 10-year period.”

If you are interested in volunteering your time or donating toward the repair efforts, you can e-mail at st.annespreservationsociety@gmail.com or drop by the Shrine.

“I was impressed with the leadership of the Preservation Society from my first meeting with them several months ago. Their proposal for taking on responsibility of St. Anne’s Shrine and its needed repair was detailed, well thought out, and based on a genuine dedication to their faith. I am hopeful that St. Anne’s Shrine will once again serve as prayerful respite for persons, offering them solace and drawing them closer to God. I offer my prayers to the St. Anne’s Preservation Society for all of their efforts ahead.”

Richard Affonso, who is president of the St. Anne’s Preservation Society, expressed his gratitude to Bishop da Cunha and to the many others who have moved and supported the project in key ways.

“First and foremost, I want to thank Bishop da Cunha for his support of our mission and for his belief in our ability to get it done, he said. “Also, my thanks to others in the Diocese who have assisted us, to our attorney Brody Hale, and to the members of our board of directors. We have a great team working together on this.”

Affonso underscored that the goal of the Preservation Society is “a complete restoration of St. Anne’s over a 10-year period.”

Live from St Anne's Church in Fall River to find out more about the re-opening.For more on the re-opening and fundraising: https://fallriverreporter.com/st-annes-shrine-in-fall-river-to-open-beginning-thursday-1/

Live upstairs at St. Anne's Church.For more on the re-opening and fundraising: https://fallriverreporter.com/st-annes-shrine-in-fall-river…/