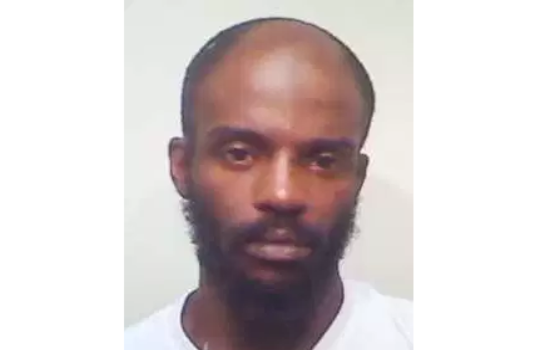 RAYNHAM — Raynham Police Chief James Donovan and Somerset Police Chief George McNeil report that a man has been arrested after leading a Raynham officer on a chase earlier this week.

Kie Hendrix, 32, of Brockton was charged with:

Hendrix additionally had four outstanding warrants for alleged drug crimes and motor vehicle violations. He will be arraigned in Taunton District Court at a later date on his Raynham charges.

At approximately 8:30 p.m., on Tuesday, June 11, a Raynham Police officer was on routine patrol on New State Highway (Route 44) when he observed a man driving a black 2009 Mercedes C300 sedan.

While stopped at a red light, at the intersection of Orchard Street and Route 44, the officer looked over toward the driver of the Mercedes, later identified as Hendrix. Hendrix turned his head and body in an abrupt manner, in an attempt to hide his face, and then quickly turned onto Orchard Street.

The officer continued on his patrol and noticed Hendrix drive by twice in a short period of time. The officer then observed Hendrix park at a gas station at the intersection of South Street West and Route 44. Hendrix parked at the pumps but did not get out to get gas. Because Hendrix was acting suspiciously, the officer pulled into the gas station parking lot. When he did so, Hendrix allegedly fled from the parking lot onto Route 44 at a high rate of speed.

Hendrix led the officer on a pursuit down Route 44, reaching speeds of over 60 miles per hour. Hendrix drove through multiple red lights and was driving aggressively, at one point forcing another driver to veer to the side of the road.

Due to Hendrix’s speed and reckless driving, and because the officer had the registration information on the vehicle, the pursuit was terminated.

Through a subsequent investigation, Raynham Police learned from Somerset Police that Hendrix was known to frequent the Orbitz Inn, 537 Riverside Ave., in Somerset.

At approximately 8 a.m., on Wednesday, June 12, Somerset Police officers went to the Orbitz Inn and located the black Mercedes in the parking lot. Hendrix was found in the lobby of the hotel and was placed under arrest for his outstanding warrants.

Through further investigation, it was confirmed by Raynham Police that Hendrix was the man who led officers on the pursuit.

A criminal complaint was filed Friday morning in Taunton District Court for his charges out of Raynham.