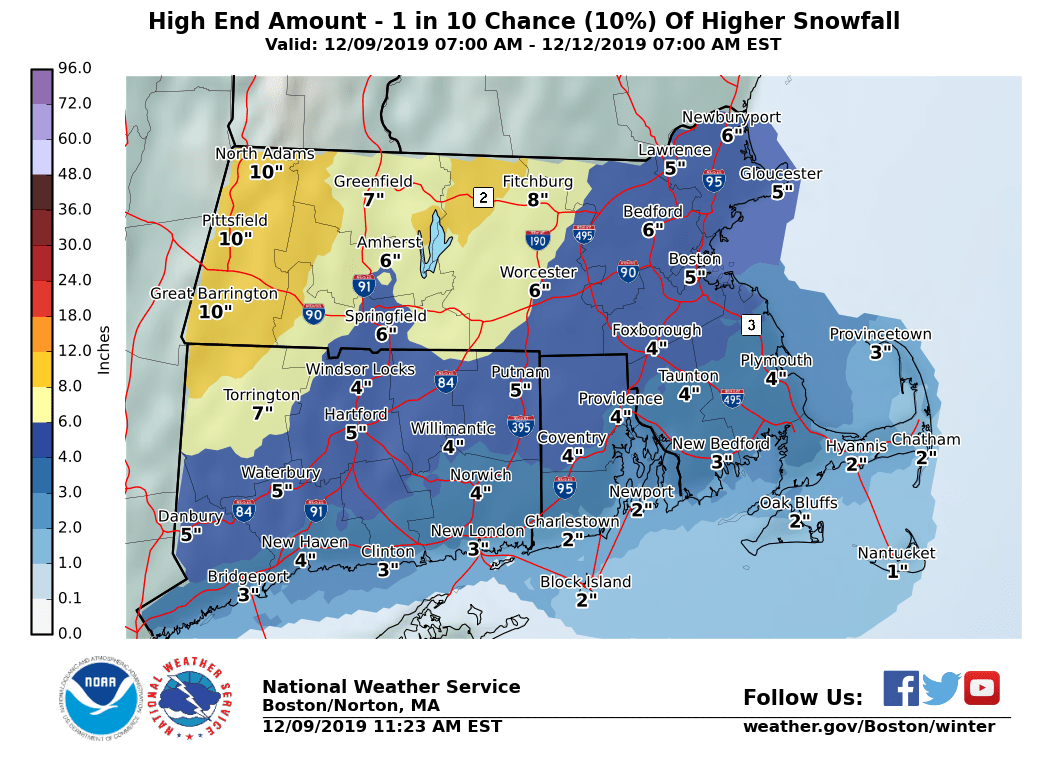 It looks like the area is headed toward more accumulating snow.

According to the National Weather Service, several inches of snow is expected to hit the area on Wednesday morning with snow/sleet beginning on Tuesday night.

Tuesday
Showers likely, mainly after 5pm. Cloudy, with a high near 59. Southwest wind 8 to 13 mph, with gusts as high as 26 mph. Chance of precipitation is 60%. New precipitation amounts of less than a tenth of an inch possible.

Tuesday Night
Rain likely before 4am, then snow and sleet likely. Cloudy, with a low around 31. Northwest wind 3 to 7 mph. Chance of precipitation is 70%. New snow and sleet accumulation of less than a half inch possible.

Wednesday
Snow likely before 1pm, then scattered snow showers, mainly between 1pm and 4pm. Patchy fog before 10am. Otherwise, mostly cloudy, with a high near 34. Northwest wind 3 to 5 mph. Chance of precipitation is 70%. New snow accumulation of 2 to 4 inches possible.