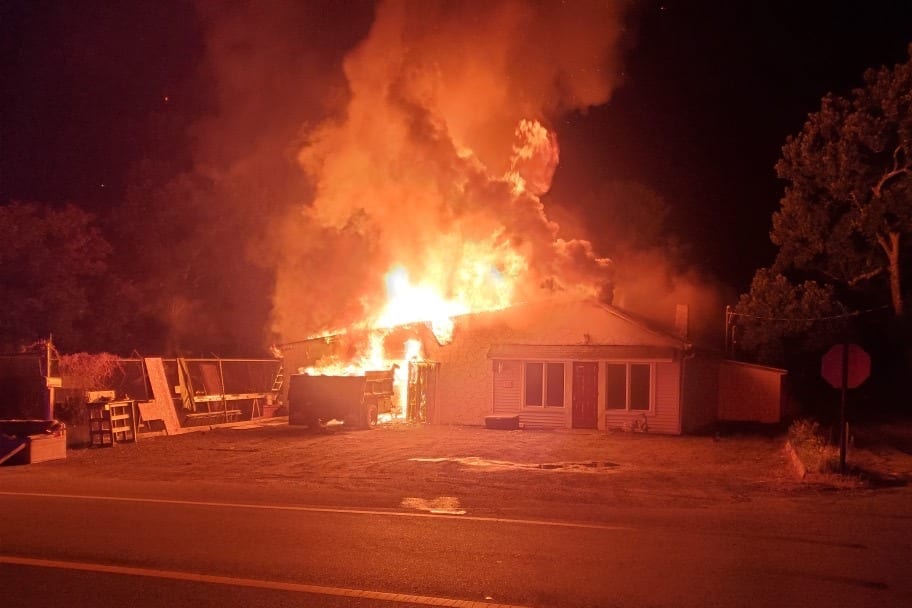 Berkley firefighters were dispatched to 29 County Street at approximately 11:30 p.m. Thursday, Sept. 24, for the report of a fire at a commercial property.

Upon arrival, firefighters found a fully-involved fire at a garage on the property and began an aggressive attack.

Firefighters cleared the scene at 4:40 a.m.

The garage sustained heavy damage as a result of the fire. There were no people on the property at the time of the fire.

Two Berkley firefighters were taken to a nearby hospital as a precaution and were later released.

Providence Canteen 1 responded to the scene to provide water and refreshments for the first responders.

“I would like to thank each of the departments who responded and assisted in battling this fire quickly and efficiently,” Chief Fournier said.

The cause of the fire is under investigation by Berkley Fire Rescue, and is not considered suspicious.