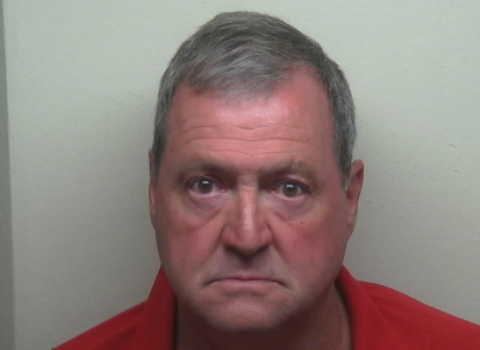 A 63-year-old former Bridgewater man who fled the state 18 years ago to avoid being tied to at least four brutal rapes dating back to the 1990s will spend the next 44 to 50 years in prison, Bristol County District Attorney Thomas M. Quinn III announced.

Ivan Keith was convicted in Fall River Superior Court Tuesday afternoon of indictments charging him with five counts of aggravated rape, two counts of kidnapping, three counts of assault and battery with a dangerous weapon, two counts of threats, and one count each of breaking and entering, failure to register as a sex offender, failure to provide DNA and perjury.

The defendant pleaded guilty to all charges and was sentenced by Judge Sharon Donatelle to serve 25 to 30 years in prison. This sentence will run consecutively to a 19 to 20 year state prison sentence the defendant began serving last year after being convicted of similar cold case rape from the 1990s in Plymouth and Norfolk counties. In total, the defendant will serve 44 to 50 years in prison, a sentence that, due to his age, amounts to life in prison.

The charges in Bristol County relate to sexual assaults that occurred in Taunton and Easton in the late 1990s.

“These were outrageous acts of violence against two innocent victims, who were just going about their everyday lives. The crimes committed by the defendant are some of the most brutal and chilling cases I have ever seen. I am pleased that Judge Donatelle imposed consecutive sentences for each sexual assault committed against the victims. The sentences imposed by the court will keep the defendant in custody for the remainder of his life, which he rightly deserves,” District Attorney Quinn said.​”I commend the victims for moving forward with their lives despite the terrible trauma inflicted upon them by the defendant. I have nothing but respect and admiration for their courage and perseverance. I want to thank the members of our cold case unit and all the investigators for their efforts in solving these cases. These cases highlights the importance of using YSTR and familial DNA testing to assist us in solving some of the most heinous crimes imaginable. Without the use of this type of testing, these cases would never have been solved.”

After an extensive investigation by prosecutors from District Attorney Quinn’s office and Massachusetts State Police detectives, Ivan Keith was identified as the person who committed two previously unsolved rapes which occurred in Bristol County more than two decades ago. The first rape occurred on July 27, 1997 outside the Bristol-Plymouth Regional High School in Taunton. In that case, a 36-year-old woman was exercising on the track outside the school when a masked man jumped out in front of her, forcibly led her to a wooded area, tied her up and raped her. The second rape occurred on November 22, 1998 as a 47-year-old woman was working late cleaning offices at the Steve Porter Appraisal Services in Easton. While she was cleaning, a masked man entered the building and attacked her as she opened the door of an office to take out the trash. He then forcibly raped her before binding her hands and fleeing.

Investigators from the DA’s office began reviewing this “cold case” early in 2019. Through their efforts, investigators were able to identify this defendant as the person responsible for these crimes and also linked him to two other previously unsolved rape cases (one in Norfolk County and one in Plymouth County), both of which occurred in 1996.

In early 2019, the Bristol County District Attorney’s Unsolved Unit reviewed this case in an attempt to develop new leads that might lead to the identification of the person responsible for these heinous crimes. Recognizing that no identification had been made in the more than 20 years since the crimes occurred, investigators explored new technologies that combined the available DNA evidence with genetic genealogy.

In February of 2019, investigators provided DNA evidence collected from the unsolved Bristol County cases to a private lab for genealogical testing. The report revealed that there was a genetic genealogy link between the suspect and a particular family. Armed with this new information, investigators were then able to investigate immediate and extended members of this family. At the end of the investigation, police and prosecutors were able to pinpoint Ivan Keith as the chief suspect.

Despite the fact that this defendant was convicted of several sex-related crimes in Plymouth County in the 1980s and 1990s, along with a sex crime conviction in Maine in 2000, the defendant failed to register with the sex offender registry, and failed to provide a DNA sample to the state. On October 29, 2003, the defendant was set to appear in Brockton District Court for a jury trial on an Open and Gross Lewdness charge. The defendant intentionally defaulted and never appeared for that trial date.

In July of 2019, the Bristol County DA applied for and was granted arrest warrants for failure to register as a sex offender and making false statements. These new arrest warrants were then entered into the National Crime Information Center (NCIC). With the assistance of the State Police Crime Lab, Massachusetts State Police detectives, led by Sergeant Ann Marie Robertson, along with the Maine State Police, the Bar Harbor Police Department and the FBI, investigators were able to locate the defendant, who was living under a new name in Seal Cove, Maine and took him into custody on August 2nd.

During his arrest, the defendant was observed to be smoking from a vape pen, which he placed into his front shirt pocket. After being placed into custody, the vape pen was seized and further DNA testing was conducted upon it. That testing confirmed the DNA on the vape pen matched the DNA profile from the four previously unsolved rapes.

At yesterday’s sentencing hearing, both Bristol County victims provided victim impact statements to the judge. The victim of the 1998 sexual assault in Easton told the court that the attack she suffered stuck with her for her entire life. “(Ivan Keith) took away my joy, my laughter and my peace of mind,” she said. She explained that she lived in a state of constant fear for several years and stopped doing the ordinary things she enjoyed like taking walks outside, exercising and socializing with friends. She said she even neglected her health because she did not want to be touched by a doctor. “The day we got news of (Keith’s) arrest was the happiest days myself and my family ever had,” the victim said.

The Taunton sexual assault victim recounted how her life changed forever on what she described as a beautiful July afternoon. The victim said she felt disconnected from her body for a long time after being victimized by a hooded stranger. She went on to say she had to quit her job, felt isolated from loved ones, felt feelings of shame and even considered suicide. “I longed for the internal pain to stop. I still carry the scars of what happened to me. What I experienced was nothing short of pure evil,” she said.