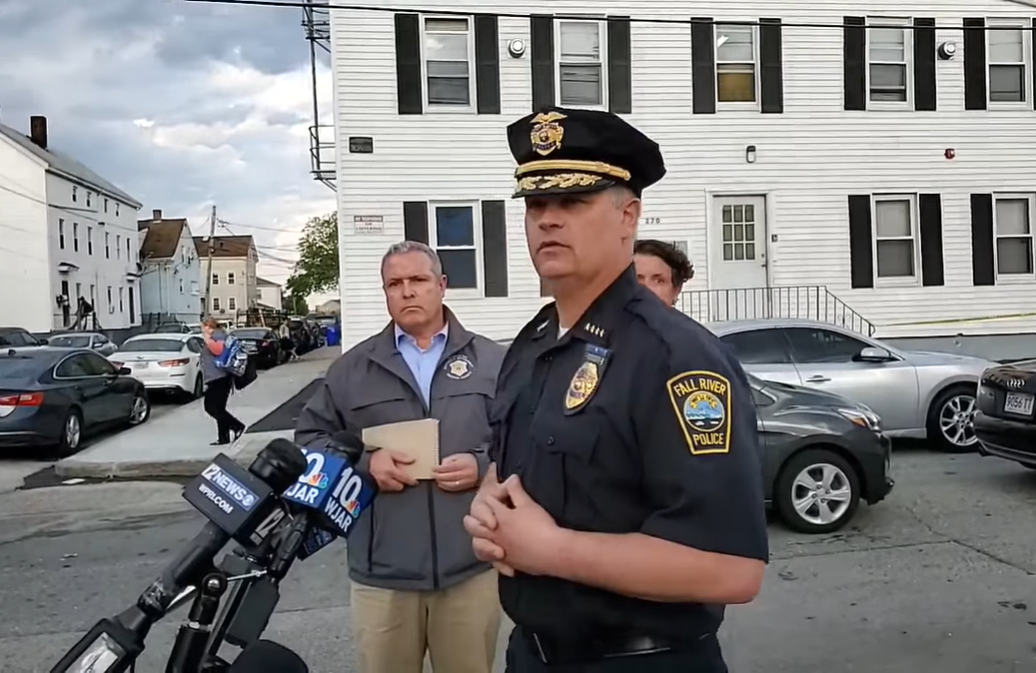 Dana Mazyck was apprehended in Fall River earlier today by members of District Attorney Quinn’s Massachusetts State Police Detective Unit and Fall River Police detectives. He is charged with carrying an illegal firearm, carrying a loaded illegal firearm and unlawful discharge of a firearm within 500 feet of a building.

The defendant briefly appeared in Fall River District Court today and was ordered held in jail pending the results of a dangerousness hearing, which is scheduled to occur next Wednesday.

Today’s arrest is the second one made in connection to the ongoing investigation into the incident that claimed the life of two individuals and seriously injured a third.

Yesterday, a Fall River man arrested in connection with the fatal shooting was held without bail