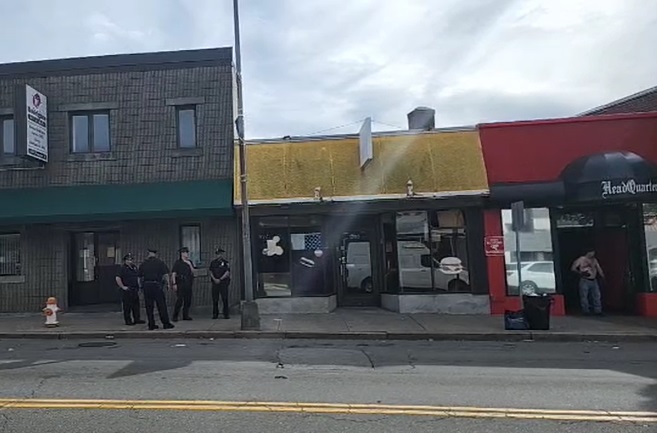 A building in the area of where there was a brawl between two motorcycle clubs last weekend in Fall River has been shut down by the City.

According to the City Building Inspector, 1375 Pleasant Street is not up to code and there are safety issues. Nobody should be entering the building at this time.

Fall River Police Captain Barden Castro stated that City Inspectors were at the biker club on Tuesday. Fall River Reporter also asked Castro for an update on the investigation.

“I am hopeful that we may have a break in the investigation, but detectives are still working on their reports, so I am unable to provide anything on that as of now.”

According to Detective Moses Pereira, at approximately 12:25 p.m. on Saturday, the Fall River Police Department responded to Pleasant Street in response to a report of a large fight with weapons.

Upon arrival, officers learned that a fight had broken out between two rival motorcycle clubs in the area of Pleasant Street and Cash Street involving approximately 50 individuals. Seven adult males were injured as a result of the melee. Four were transported to Rhode Island Hospital and the remaining three victims were transported to Charlton Memorial Hospital with non-life-threatening injuries. Multiple people reported that Charlton was placed on lockdown shortly after the incident.