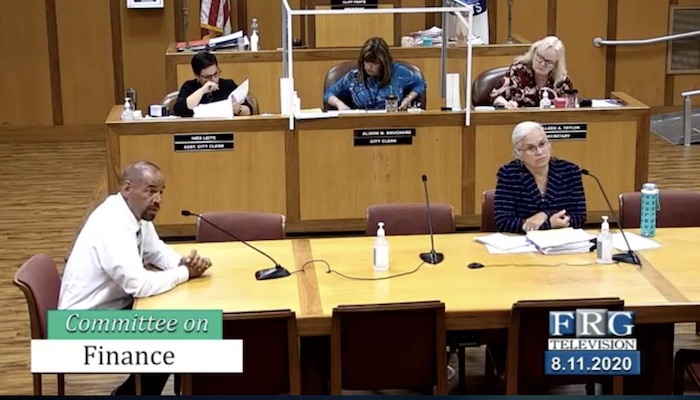 The cost of recycling in Fall River has increased significantly in FY2020 – up 25% according to Fall River’s top financial expert.

In a conversation with Councilor Cadime at yesterday’s finance meeting, Director of Financial Services Mary L. Sahady stated that recycling was budgeted for $800,000 but will cost $1 million. That’s a 25% increase.

Former Mayor Jasiel Correia got rid of the purple bag, pay-as-you-throw program, costing the city $2.3 million in annual revenue. As reported by the Herald News, Trash and recycling costs continue to rise as the amount of waste being disposed of increases. Former Mayoral candidate Erica Scott-Pacheco attributed much of the cost to contaminated recycling (putting non-recyclables in the recycle bin).

New Bedford Recycling, in partnership with Dartmouth, started an educational campaign three years ago and has consistently engaged with the public on what can and can’t be recycled. Why hasn’t Fall River aggressively moved to educate the public? How much money would that save? I’ve asked New Bedford for a report on any savings that may be attributed to the public information campaign.

Last night, Councilor Trott Lee brought up an issue that has been discussed at the Fall River City Council for several years – 54-57 recycling bins in Fall River public housing being serviced, but not paid for. Mr. Perry, from the Fall River’s Financial Service Department, reported that the bins are still there, but he is working with the Housing Authority to come up with a plan to pay a fee to the City of Fall River to continue to collect the recycling or have the bins removed. Recovering funds from years of service was not discussed. Perry informed the city council that he could order the bins removed immediately, but the city council informally agreed to a two-week window for a final resolution.

Last night, Councilor Michelle Dion pointed out that some businesses in Fall River were paying residential fees instead of the commercial rate for collection. Mr. Perry agreed that businesses receiving residential collection services was a bigger issue than the 54-57 bins in public housing.

The full Committee on Finance can be seen here: