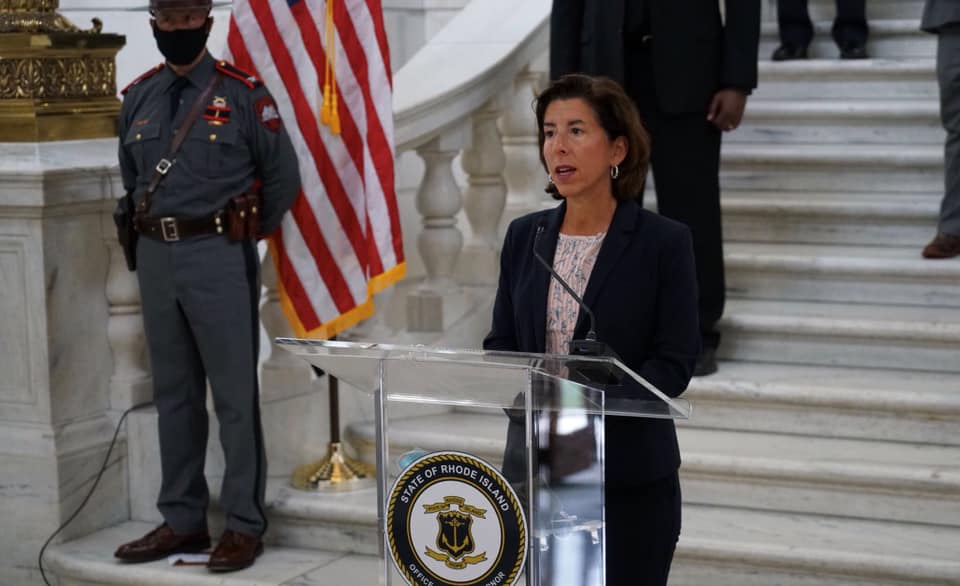 By Colin A. Young/Ken Paiva

Before Thanksgiving, the governor of Rhode Island reduced her state’s gathering limit to a single household effective immediately and announced that Rhode Island would “shut it down for two weeks” beginning after Thanksgiving in an effort to prevent a catastrophic surge of COVID-19 cases and hospitalizations. The pause will now extend to December 20th with a week extension.

During the “pause”, colleges and universities must stop in-person instruction, offices that can close must, bar areas will not be permitted to open, gyms will be closed, the state’s casinos will be closed and organized sports other than college or professional teams must stop. Kindergarten through 8th grade can remain in the classroom for instruction, but in-person high school will be limited.

When the initial pause was announced, Gov. Gina Raimondo warned that even more severe restrictions could be announced in December if Rhode Islanders did not adhere to the rules. “This is only going to work if we do it. I don’t know how to say it any other way. This is only going to work if we decide to do it. So if you’re out there now asking yourself how you can get around the rules, this isn’t gonna work,” she said. “I’ll be back here in three weeks and it’ll be a full state lockdown, I’ll tell you that right now, because I’ll be out of options.”

Rhode Island currently has the highest COVID-19 infection rate per 100,000 people in the country.

Beginning December 21st, bar areas will remain closed, indoor dining will increase to 50% capacity with one household per table, and gyms and indoor recreation will allow 1 person per 150 square feet. Retail (1 person per 100 square feet) and Houses of Worship (25% capacity) restrictions will remain in place.