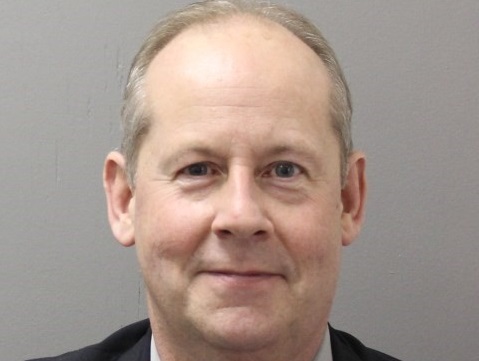 A Rhode Island Department of Corrections officer was killed in a crash on Tuesday.

The vehicle, later identified as a 2019 Buick Encore, was driving northbound in the southbound lane of travel, which resulted in a head on collision involving 3 vehicles.

Brunetti was transported to Rhode Island Hospital via Life Flight helicopter for her injuries which are severe, but appear to be non-life threatening. Hatch received minor injuries from the crash and was able to leave the scene without incident.

According to Director Patricia Coyne-Fague, Brown served with the Cranston Police Department, rising to the rank of Captain until retiring in 2007. He worked in the office of internal affairs at the Wyatt Detention Center before joining the RIDOC Office of Inspections in 2013.

Coyne-Fague stated how proud and tenacious Brown was on the job.

“Bob quickly distinguished himself as a “go-to” inspector, with a talent for investigations and a genuine love of this Department. Bob’s tenacity is legendary. Known for turning over every single rock in an investigation, he was also equally regarded for his sense of fairness and compassion. He was as interested in clearing someone erroneously accused as he was in ensuring that those who tarnished the reputation of the Department would face consequences. Being a member of the law enforcement family meant everything to Bob, and he wore his badge and reputation proudly. He rarely took time off, and never failed to answer the call when needed. It didn’t matter how minor or how critical the task was, Bob approached everything he did with zealous professionalism and attention to detail. He served as a teacher and mentor to the members of the Special Investigations Unit, where his famous red pen made everyone’s report writing skills improve, and his enthusiasm was contagious. Bob leaves his wife of 32 years, Kathy; whom he described as his very best friend and the love of his life, his son Eric of whom he was enormously proud, his father and three sisters. To say he will be missed is a gross understatement.”
.
The SKPD Accident Reconstruction Division is conducting the ongoing investigation into this accident.