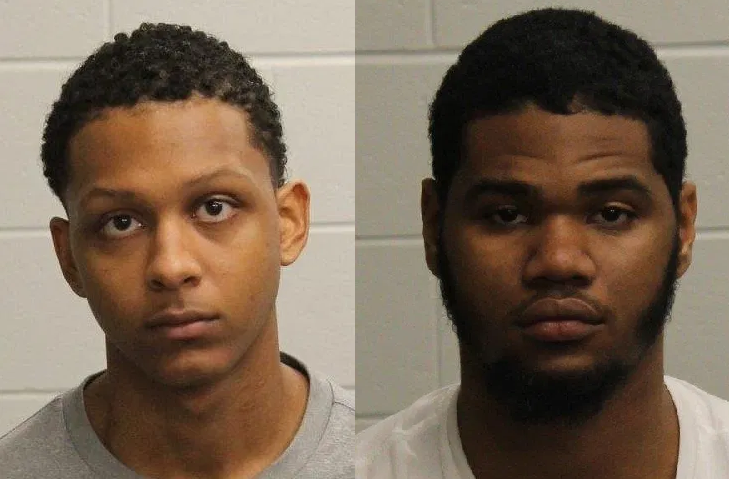 RAYNHAM — Chief James Donovan reports that a Raynham Police traffic stop Thursday, Nov. 14 led to the arrest of the driver for OUI Drugs and his passenger for illegal possession of a firearm.

Aaron Henderson, 21, of Taunton was charged with:
Carrying a Firearm Without a License
Illegal Possession of Ammunition

Luis Morales, 20, of Boston was charged with:
OUI Drugs (Marijuana)
Negligent Operation of a Motor Vehicle
Following Too Closely

At approximately 12:15 p.m., a Raynham Police officer was on routine patrol on Route 138 in the area of King Philip Street when he observed a vehicle travelling too closely behind the vehicle in front of it for an extended period of time.

The officer initiated a traffic stop of a 2019 Kia Optima rental car being driven by Morales. While they were pulling over, the officer observed both men moving around and shifting inside the vehicle.

When the officer approached the vehicle and spoke to Morales and Henderson, marijuana smoke billowed out of the open window.

Through the subsequent investigation, Morales was placed under arrest for driving while under the influence of marijuana. Morales is known to police and a folding knife was found in his pocket while searching him.

While searching for additional weapons, Henderson was found to have a black handgun in his waistband.

Henderson was placed under arrest and a Sar Arms pistol loaded with 10 9mm rounds was seized.