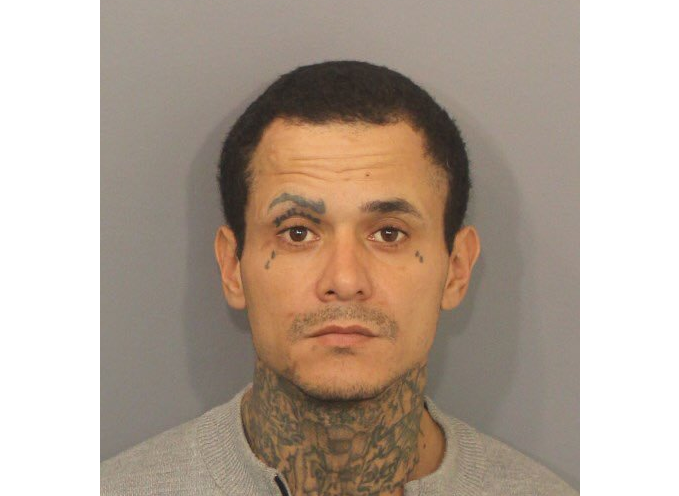 Bristol County District Attorney Thomas M. Quinn, III announced Monday that a 39 year old Fall River man was sentenced to serve four years in state prison with two years of probation after his release for the armed robbery of a convenience store.

According to Jennifer Sowa of the Bristol County District Attorney’s Office, Jose Tirado-Sanchez pleaded guilty in Fall River Superior Court late last week to a three count indictment charging him with armed robbery, assault and battery with a dangerous weapon, and vandalizing property. Assistant District Attorney Michael A. Cahillane and defense attorney Robert Tutino submitted the agreed upon plea to Judge Rene Dupuis, which was accepted.

On January 10, 2016, officers were dispatched to Jarek’s Market at 362 5th Street in Fall River. Upon arrival, they located the store clerk who had visible scratches to his left cheek and left hand. The clerk reported that he had been robbed and showed officers the surveillance video. Officers observed the suspect, who was wearing distinctive sneakers and black sweatpants, arrive on a black mountain bike that he left parked outside when he entered the store. The suspect immediately attacked the victim with a knife. The victim was able to defend himself with a larger knife and struggled with the suspect, who was able to steal $160.00. During the attack, the defendant kicked the victim and was able to take his knife before he fled. The knife was recovered about 200 feet away from the store.

The victim described the suspect as a 5’8″ – 5’11” hispanic male with small tattoos under his eyes, writing on his neck, and a lump on his head. Although the suspect was masked, the victim was able to recognize him as a frequent customer of the store. He was able to pull up previous video footage of the customer in the store where he was wearing the same pants and sneakers.

The next day, Officer Heather Moniz recognized the male from the surveillance video while on duty. The defendant was wearing the same sneakers and had consistent tattoos and a lump on his head. The defendant also had a bandage on his hand consistent with the struggle with the victim.

However, on October 27, 2017, Fall River Superior Court Judge Thomas McGuire released the defendant by reducing his bail to personal recognizance, which included a GPS monitoring device.

In August, Worcester Police executed a search warrant at a home the defendant recently moved into. During the execution of the search warrant, police spotted Tirado-Sanchez running from the apartment via the back door. He was apprehended a short time later in the first floor stairwell and was found to be in possession of heroin. Inside a safe in the apartment, police found three full strips of suboxone and a plastic sandwich baggie containing numerous blue pills. Two young children were also found inside the apartment.

“This was an extremely violent robbery in which the defendant showed no regard for the safety of the clerk or any potential customers,” District Attorney Quinn said. “ Video surveillance from the store was very helpful in identifying and apprehending the defendant.”