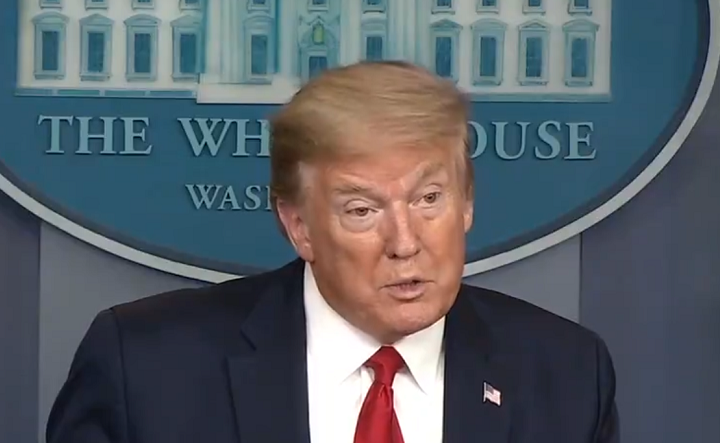 President Donald Trump has signed an executive order to temporarily pause immigration during the COVID-19 pandemic.

Trump is suspending new immigrant visas as the country gradually moves toward reopening the economy.

The pause will be in effect for 60 days, and the Administration will continue to monitor the labor market to amend or extend the proclamation if needed, according to a statement.

Trump stated in a tweet Monday night that, “In light of the attack from the Invisible Enemy, as well as the need to protect the jobs of our GREAT American Citizens, I will be signing an Executive Order to temporarily suspend immigration into the United States!”

According to The White House, there will be exemptions for medical and other essential workers to combat the outbreak, spouses and minor children of American citizens, and certain other aliens.

President Trump is also asking his Administration to review guest worker programs to assess whether additional measures should be taken.

Trump states that this is an effort to put American workers first.

“By pausing immigration, we’ll help put unemployed Americans first in line for jobs as America reopens. So important. It would be wrong and unjust for Americans laid off by the virus to be replaced with new immigrant labor flown in from abroad.”

Trump feels that it would be unfair to allow Americans out of work due to the coronavirus to be replaced by new immigrant labor brought into the United States.

“Mass migration of low-skilled labor into the United States disproportionately harms historically disadvantaged Americans. African Americans and other minorities, Americans without a college degree, and others are especially harmed by an influx of foreign labor.”

Governor Baker stated Tuesday at a press conference that he doesn’t support the move.

“It doesn’t make any sense and I don’t think it makes us any safer. I just pointed out that the first two people who created the biggest part of the eastern Mass. spread of the virus were two folks who were here in a business conference. So, I don’t support it. It doesn’t make us any safer.”