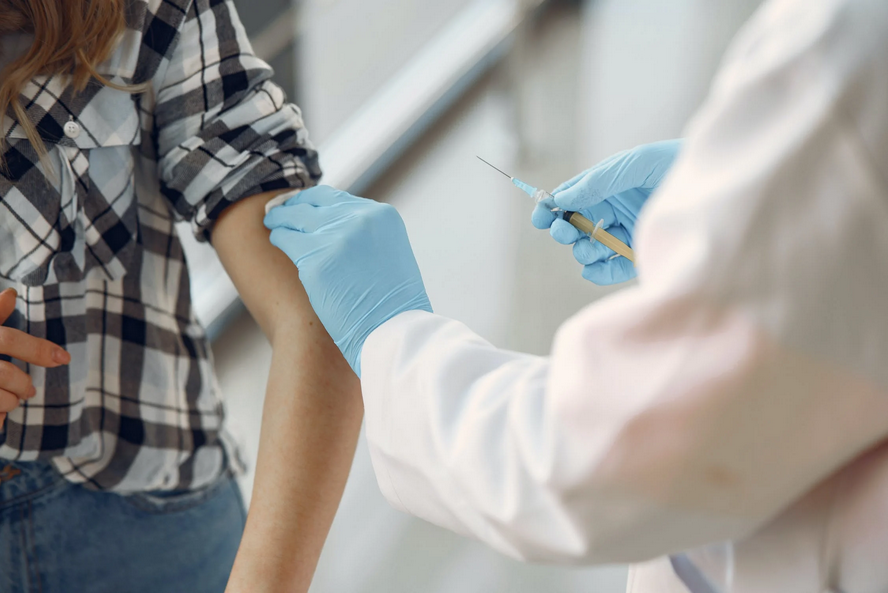 By Katie Lannan and Colin A. Young

Outreach to schools, pediatricians and families is an early step the state is taking to prepare to vaccinate the more than 880,000 Massachusetts children in line to become eligible for COVID-19 shots when the federal government green-lights a vaccine for kids younger than 12, top health officials said Monday.

As kids and parents begin to prepare for the third pandemic-influenced school year, Health and Human Services Secretary Marylou Sudders and Acting Public Health Commissioner Margret Cooke were among the 30 people invited to testify at an oversight hearing held by lawmakers exploring the state of play for vaccinations for young children.

“Today’s interest is really where we stand in vaccinating children. What does it look like? Are we ready? What are the lessons that we’ve learned from how we’ve managed vaccinations for everyone else from 12 and older? Are we more confident in our ability to provide vaccines to our most vulnerable community members?” Public Health Committee House Chair Marjorie Decker said at the start of the hearing. “There’s a lot of questions that parents across the state have and so this is an important conversation that I think many people are having in their homes, having with their friends, having with their pediatricians.”

Sudders said more than 63 percent of the Massachusetts population is fully vaccinated against COVID-19, according to the Centers for Disease Control and Prevention. Among younger age groups, she said 58 percent of 12- to 15-year-olds and 64 percent of 16- to 19-year-olds have gotten at least one dose, both higher than national rates.

A New Approach
While the state’s early vaccination campaign for adults focused on mass sites that could serve large volumes of people, Sudders said officials are “not planning to open pediatric mass vaccination sites.” Instead, she said school-based clinics and pediatrician’s offices will be key channels for vaccinating younger kids.

The Department of Public Health and Department of Elementary and Secondary Education plan to send a joint letter to school districts as soon as this week advising them of resources available for school vaccine clinics. Cooke said that letter will emphasize “a strong recommendation for vaccinations” and include “a formal call-to-action to host on-site clinics at schools,” and “target metrics” for student and staff vaccination rates.

“We understand that this is going to be a different challenge than vaccinating the adult population, and the main challenge is that we have to go through parents,” Cooke said. “They want to make sure that their children are safe.”

Rep. Hannah Kane, a Shrewsbury Republican and member of the Public Health Committee, suggested they also reach out to parent-teacher organizations and other parent-focused community groups.

Dr. Paul Biddinger, a Massachusetts General Hospital disaster medicine specialist who has advised the Baker administration on COVID-19, said Monday that Massachusetts had been seeing declines in the main COVID-19 metrics until the Delta variant changed the picture.

Now, he said, the state is experiencing “increasing case positivity rates as well as increasing numbers of cases on a steady basis, and actually an accelerating basis, unfortunately.” But hospitalizations and deaths are not increasing at the same rate, which Biddinger said can be attributed “to the success with vaccination so far.”

Developing a Vaccine for Kids
Of the three authorized COVID-19 vaccines in the U.S., only the Pfizer-BioNTech two-dose vaccine is currently available to people under age 18. The Pfizer shots were authorized for youth aged 12 to 15 in May, and it’s unclear when that vaccine or any others will become available to younger populations.

Sudders said she is expecting a vaccine emergency-use authorization for kids younger than 12 “sometime this fall.”

That’s in line with a timeline President Biden offered in a CNN town hall last week, when he said scientists have suggested to him that an approval could land “sometime maybe in the beginning of the school year — at the end of August, beginning of September, October.”

Former U.S. Food and Drug Administrator Scott Gottlieb, a Pfizer board member who began advising Gov. Charlie Baker early in the pandemic, laid out a slightly longer timeline for the drugmaker’s progress towards a vaccine for kids younger than 12 during an appearance Sunday on CBS’s Face the Nation.

Biddinger said the “midwinter” estimate was “a little confusing” and “later, I think, than many of us expected.” As an optimist, he said, “I’m hoping September/October would be the extension of the authorization down to age five.”

As Monday’s hearing was taking place, the New York Times reported that Moderna and Pfizer were both expanding the size of their pediatric trials at the behest of federal regulators concerned about rare side effects. A Moderna spokesman told the Times that the company now expects to seek emergency authorization for use of its vaccine in children in “winter 2021/early 2022.”

Masking in the Meantime?
Because it is unlikely that many children will be eligible for vaccination by the time they return to the classroom this fall and as the more infectious Delta variant of COVID-19 pushes case count rate higher, a dozen Democrats in the Legislature last week sent the governor a letter urging him to reimpose a mask mandate in early education and elementary school settings.

“We don’t have plans to change our current policies with respect to school in the fall,” Baker said Thursday during a stop in Sandwich. On Monday afternoon, he said he was expecting to hear more about the issue during a call with other governors and federal public health agencies.

“I’m going to continue to collect data from the CDC and from other points of view on this that I think are particularly pertinent to this,” he said. “But most of the governors that I’ve talked to have said that they’re waiting to hear more from the feds before they make their own decisions on this.”

House Speaker Ronald Mariano seemed to favor Baker’s wait-and-see approach — “We need more information from the CDC and I think for me that’s what I’m waiting for,” he said — but Senate President Karen Spilka said she told Baker that she thinks kids should be masked if conditions continue to worsen.

“I believe if the numbers keep creeping up and the Delta variant is still as prominent or more prominent than it is now when the schools start [at the] end of August, beginning of September, I think we seriously need to think about having children who have not been vaccinated — whether they be under 12 [and] not able to be vaccinated yet or older but not vaccinated — to wear a mask,” she said Monday afternoon.

On Monday, Chiang said he thinks that requiring children and staff to wear masks while inside at school is “almost a no-brainer” until a critical mass of students have access to the vaccine.

“One of the things that we in the hospitals, we in the state, we as a society in this country have to rethink is our mask policy right now,” the doctor who served on the Baker administration’s COVID-19 Vaccine Advisory Group said. “What we did learn is masking does work, that if we want to stem the tide, everybody just put their masks on and we will be able to bring things under control.”

Boston University School of Medicine associate professor Dr. Benjamin Linas also recommended that kids wear masks in school and said he thinks it is “self-evident that children should be wearing masks indoors this fall.” But he said the state also needs to “recognize there is a cost to that to children” and remember that the risk of COVID-19 transmission varies from community to community when weighing mitigation measures.

“There are communities that have very high vaccination rates and folks understand that they’ve seen almost no COVID in their schools. And I think it’s important that we have policy that can recognize that such that there is some benefit to vaccination and people can start to live in the post-vaccination world that’s been held up as sort of a promised land for the last year and a half,” he said. “If we then snatch that away, I think it takes away a big reason to become vaccinated and might actually hinder us.”

No Input Monday From DESE
Much of Monday’s testimony came from doctors, including several who voiced support for masks in schools and said pediatrician’s offices offer trusted sources for families to get both COVID-19 shots for their children and information about the safety, efficacy and importance of the vaccines.

Lawmakers also invited the officials from the Department of Elementary and Secondary Education to speak at the hearing, which was held at the Museum of Science in Cambridge with most committee members participating remotely. DESE officials declined to participate, according to the Public Health Committee.

Decker, a Cambridge Democrat, said that as the new school year approaches, the state’s parents and educators “are sitting on edge, and really deserve, quite honestly, to hear from DESE.” She said she and other legislators are on the receiving end of “burning questions” from their constituents.

“I’m going to be very, very clear — I will be back here in the fall, doing another oversight hearing as this continues to move and change, and it is our hope that DESE will see this as an opportunity and not something to run from,” she said.

Hesitancy and Equity in Youth Vaccine Rollout
As the state eyes future, youth-focused chapters of its vaccination effort, Juan Cofield, president of the NAACP New England Conference, urged lawmakers not to lose sight of disparities in vaccination rates and rates of COVID-19 diagnoses.

He said while some vaccine gaps result from “conscious resistance,” others are driven by lack of convenient access.

To address hesitancy, Cofield recommended establishing a state vaccine equity office to educate people on the shots’ health benefits and dispel misinformation. He said school-based clinics could help boost convenience and access, and suggested developing incentive programs that would appeal to younger kids, along the same lines as the ongoing VaxMillions cash and scholarship giveaway.

Along with scholarships for teens, he said the state could consider reaching younger kids with a vaccine lottery that would pay for family trips to Disney World.

“That’s something that would interest kids, and if it were publicized, I might hear from my child, ‘Let’s do it, let’s do it, I want to get vaccinated,’ because of the lure of going to Disney World,” Cofield said.