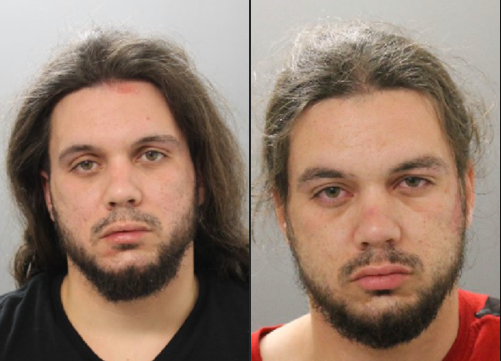 Police are looking for a man with ties to several states concerning a home break-in where shots were fired.

The West Warwick Police have an active felony arrest warrant for Frank Rogowski Jr. in regards to a breaking and entering that occurred in July, where gunshots were fired into a home. According to police, Rogowski has an extensive criminal background which includes Escape, numerous reckless driving/eluding police charges, robbery, breaking and entering, felony larceny and drug dealing.

Rogowski was arrested as a Rhode Island Fugitive from Justice last week in Connecticut, but was released on bail soon thereafter, with a promise to the court that he would turn himself into Rhode Island authorities on the warrant. Rogowski has yet to surrender himself to the police in Rhode Island.

Police state he may be staying in Connecticut or Rhode Island, but also has connections in Massachusetts and Florida.

If you have information on Rogowski that will assist in his capture, contact the West Warwick Police at 401-821-4323 prompt zero for Dispatch or inbox the WWPD Facebook page. You can remain anonymous.

Police warn to not approach or try to apprehend Rogowski.