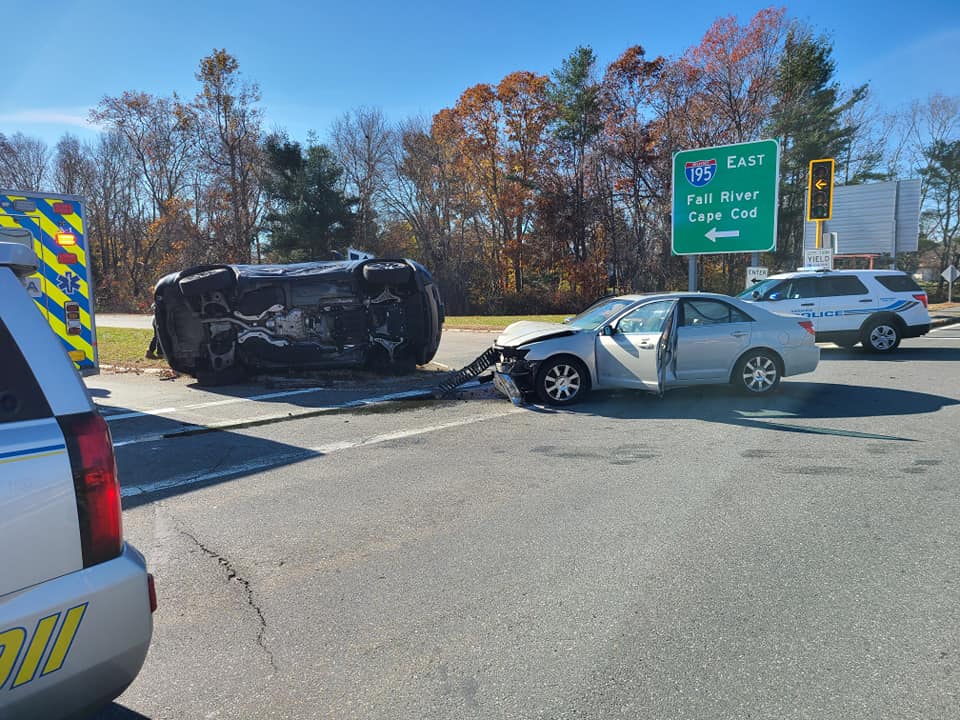 Police are investigating after a rollover crash blocked an exit to Route 195.

Bystanders reportedly helped one of the victim’s out of the vehicle.

Witnesses stated that there appeared to be no serious injuries.

The on ramp to Route 195 was temporarily closed until the vehicles were removed.