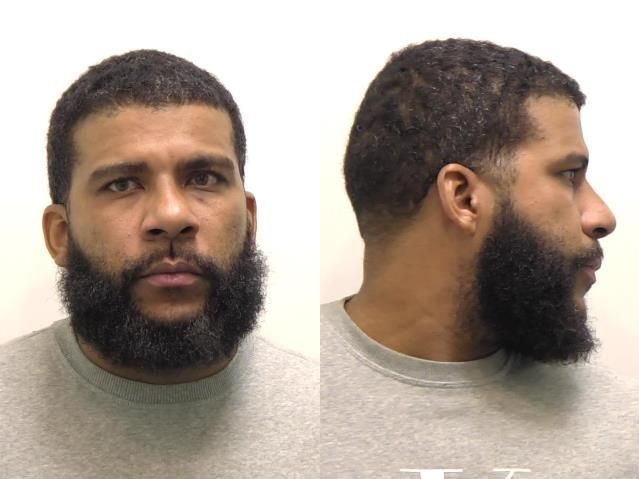 Providence – An in-depth investigation in southern New England has resulted in several arrests and the seizure of drugs, guns, money, and vehicles.

Over the past few months, Providence Narcotics Detectives Rousseau and Voyer conducted an investigation into street level narcotics transactions being conducted in the Smith Hill area of the city. According to Providence Police, this area of the city has seen numerous incidents of violent crime, including a shooting at the corner of Chalkstone and Douglas Avenues on October 2. During the course of the investigation, Detectives identified 37-year-old Calvin Mitchell as a suspect. A signed search warrant was obtained and executed on October 12 and Mitchell was apprehended. Located and seized from the apartment was 145.7 grams of cocaine, three firearms and approximately $9171. The firearms were a Smith and Wesson 380 caliber, a stolen Sig Sauer 380 caliber out of Conn., and a Glock 9mm with an extended magazine that holds 16 live rounds.

Over the last week, Narcotics Bureau Detectives Silbert and Tesseris conducted a narcotics investigation with intelligence from USPS Inspectors Marccarone and Atwood. On October 12, Detectives responded to Corliss Street and were able to detain a subject identified as 60-year-old Michael Nelson who responded to the Post office and had received a suspicious package. Located inside the package was children’s toys and approximately 2 Kilograms of cocaine (weight 2300). Nelson was charged with possession with the intent to distribute cocaine and possession of 1 ounce to 1 kilogram of cocaine.

For the past few months, Providence Police Intelligence Bureau Detectives along with members of the Massachusetts State Police and Bristol County Sheriff’s Office conducted a narcotics investigation into 43-year-old Yansilis Grullon. According to Massachusetts State Police, the investigation was initiated early this year when a Dartmouth Police Department detective assigned to the Bristol State Police Detective Unit’s drug task force developed information
on Grullon. Detectives learned that Grullon was storing large amounts of Fentanyl in the City of Providence and distributing narcotics throughout surrounding communities, including the City of Fall River, Massachusetts. Intelligence Detectives conducted multiple hours of surveillance on Grullon. Through the course of the investigation, Detectives identified Grullon’s residence on Horace Street and also his stash house, located on Merino Street, where he was storing large amounts of narcotics. Intelligence Detectives then drafted search warrants for both locations and on Wednesday the search warrants were executed and Grullon was taken into custody without incident.

From Merino Street, Intelligence Detectives seized a large amount of drug packing material, empty kilo wrappers, a total of 141 grams of cocaine and an approximate total of 11 kilograms of fentanyl.

On Wednesday, PPD Violent Crime Task Force Officers Malloy and Campbell were working the South Side area of Providence addressing recent incidents of violent crime. Officers conducted a motor vehicle stop at the corner of Hamilton and Sackett Streets. The operator of the vehicle was identified as 21-year-old Roberto Delossantos, of Worcester, MA. During the course of their investigation, officers located and seized a large, vacuum sealed package of suspected narcotics. PPD narcotics Detectives were able to determine the package contained approximately 1 kilogram of purple dyed Fentanyl (1075.92 grams).

“This was an incredible day for the Providence Police Department in terms of removing voluminous amounts of illicit drugs and illegal firearms off of our city streets. In addition, the seizure of a large amount of U.S. Currency and other assets is an impressive haul that took place within a one-day span,” said Colonel Hugh T. Clements, Jr. “These investigations serve as just a small glimpse into all of the great work performed by the Providence Police in a daily basis. I thank Major Lapatin and the Commanding Officers throughout the Investigative Bureau for their leadership all also the agencies who assisted the PPD.”