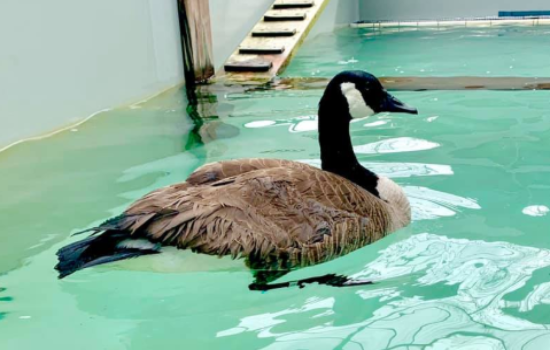 Good news for a Canadian goose that was struck by an arrow in Fall River.

It was touch and go for a while for Pierce the goose who was discovered at Cook Pond, but he has progressed well enough to be released today.

According to New England Wildlife Center Assistant Director Zak Mertz, Pierce was cleared this morning and will be released shortly in Fall River.

“He has come a long way. We weren’t sure he was going to make it. His heart stopped for 30 seconds during anesthesia, but he was literally brought back to life.”

Mertz says that geese heal twice as fast as humans so once Pierce turned the corner, he was on his way to good health.