According to AARP, those on social security could see the biggest cost-of-living adjustment since the 1980s due to the recent rise in inflation.

“The COLA will no doubt be higher than it has been for the last decade, probably in the 5.5 to 6 percent neighborhood because of rising prices,” says David Certner, legislative counsel and director of legislative policy for government affairs at AARP.

AARP states that while the information is only preliminary, the data already in suggests that 2022 will be the highest paid since 1983 when it was 7.4 percent. 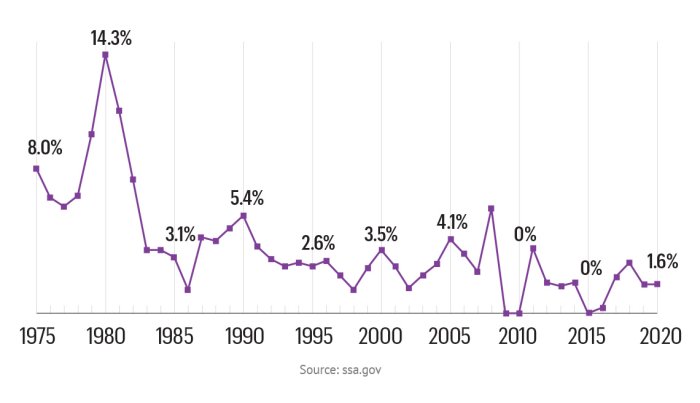 The increase is due largely to the rise in energy prices. A gallon of unleaded gas currently costs an average of $3.16, up almost a dollar from the previous year, according to AARP.

Those high prices are hard on those who are retired, so the benefits boost should be a welcome addition.