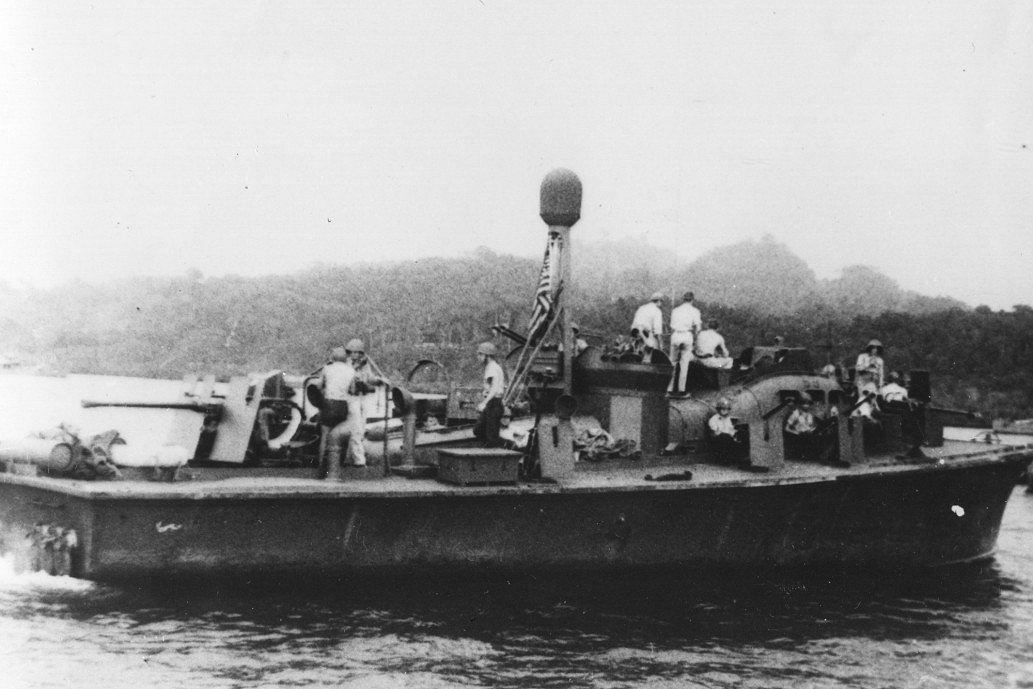 Parts from a World War II Navy boat that was commanded by former President John F. Kennedy are making their new home in Fall River.

The remnants left of Kennedy’s PT-59 were discovered last month in the Harlem River in New York.

The boat had been previously purchased on the private market after the war and was left to sink after a fire.

Once NY MTA made the discovery, Battleship Cove was contacted regarding the possible salvaging of the boat.

Despite the effort by Battleship Cove personnel being strictly voluntary, they hit the ground running.

According to museum officials, the volunteers were sent to New York to identify and remove items from PT-59’s remains to save as much as possible to be displayed in the Battleship Cove’s PT Boat exhibit.

The first pieces of the ELCO PT-59 arrived on June 15th which consisted of all propeller shafts and hull penetrations, struts, one propeller, rudders, and the port and stbd shaft wooden hull from the boat.

Museum official stated that the PT-59 was the second boat used by President John F. Kennedy in World War II as he commanded the PT-59 after the loss of the PT-109. JFK saw combat aboard PT-59 including attacking Japanese barges trying to reinforce their forces and rescuing US Marines stranded under heavy Japanese gunfire on Choiseul Island.

Once Battleship Cove reopens, visitors will be able to see the discovery for themselves.