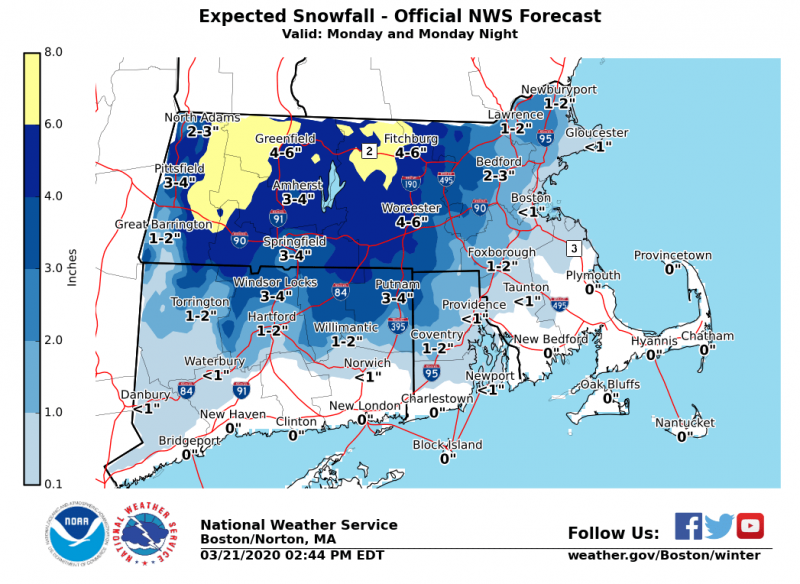 The National Weather Service is reporting that several areas in New England could see accumulating snow, including parts of southern New England.

Here is the latest snow forecast for Monday into Tuesday from the National Weather Service , and maps showing the chances of receiving 2″, 4″, and 6″+ of snow.

Key points:
– Snow will begin across the region Monday afternoon and snow may be heavy for a few hours from late in the day into the evening. Snow should change to rain Monday night.
– The exception is in the higher elevations near the Berkshires and in northern Worcester County where it should remain all snow. 3-6″ of snow is forecast but a few spots could pick up 7″. The consistency of the snow will be wet and heavy.
– Areas near the coast, including Providence and Boston, should see a slushy inch or two of accumulation, mainly on the grass.
– Cape Cod and the Islands can expect mostly rain.