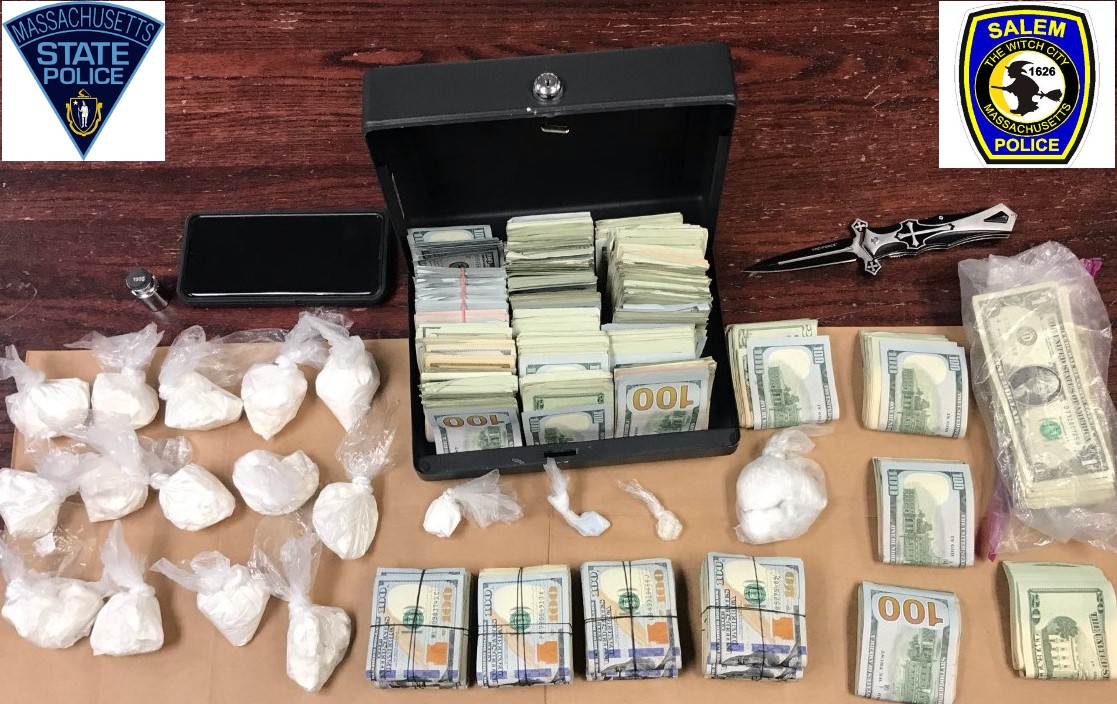 A Massachusetts man was arrested on multiple charges after police say they encountered an angry anti-police mob.

According to Dave Procopio of the Massachusetts State Police, on Wednesday evening, Troopers from the Massachusetts State Police Violent Fugitive Apprehension Section and Salem Police Officers arrested a suspect wanted in connection with a home invasion and who, when he unsuccessfully tried to flee, was carrying a knife and a large amount of cocaine. In his attempt to run away, the suspect climbed out of a basement window and pushed a Salem Police detective. As Troopers and Officers were searching for the man in a common area at the 19 Palmer Street building, another man holding a pit bull on a leash showered them with expletives and told them they were not welcome in the building. Troopers and Officers continued to search the property for the suspect, and when they located and arrested him, an angry mob of neighbors and other bystanders converged on the law enforcement officers and shouted verbal threats and expletives at them.

The suspect, Kenneth Gonzalez, 48, of Salem, was taken into custody on an existing warrant charging him with accessory before the fact (home invasion). He was additionally charged, based on his actions during Wednesday’s incident, with trafficking in cocaine, possession of a Class A narcotic with intent to distribute, possession of a knife in violation of a municipal ordinance, assault and battery on a police officer, disorderly conduct, resisting arrest, and giving a false name to police.

When MSP VFAS Troopers and Salem Officers initially went to 19 Palmer Street to serve an arrest warrant, they observed a man, later identified as Gonzalez, run into the apartment building while carrying an object. Members of the arrest team entered the building’s common area and encountered the other man with the pit bull. Undeterred, Troopers and Officers entered a common basement area and saw the initial suspect climbing out of a window, but now without the object he was seen holding a few moments earlier. The suspect then ran up a set of stairs, pushed a Salem Police detective, and was then apprehended. During the arrest, police found the suspect in possession of several small bags containing suspected narcotics and a large knife. The suspect also provided a fake name, but Troopers determined he was in fact Kenneth Gonzalez. While he was handcuffed, Gonzalez again tried to flee but was again unsuccessful. Meanwhile, an MSP VFAS Trooper checked the area around the window through which Gonzalez had climbed and found a bag that had been dropped there. The bag contained Gonzalez’s identification and a large quantity of suspected cocaine and cash.

At that point, numerous neighbors and other people in the area converged on the officers and shouted verbal threats and abuse. Gonzalez attempted to incite them, according to police. Additional Salem Police patrols responded to the scene to help quell the crowd.

In all, Troopers and Officers confiscated approximately 448 grams of suspected cocaine as well as an amount of currency believed to be in excess of $50,000.