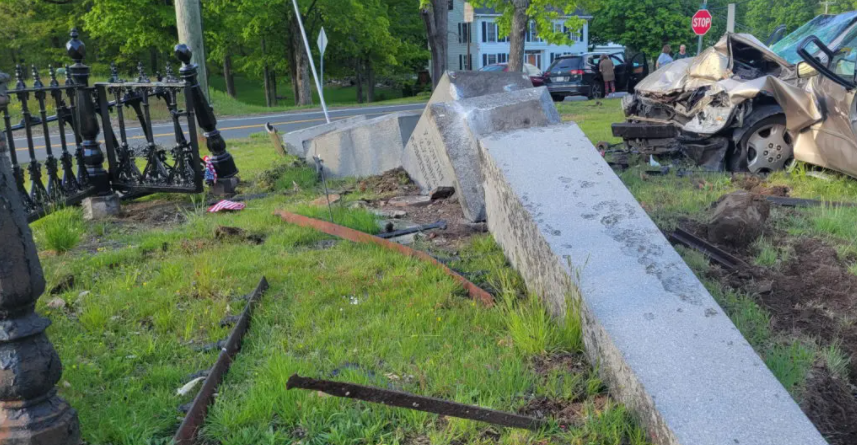 On Thursday, May 13, at approximately 6:15 p.m., the Ludlow Police and Fire Departments responded to the area of Center Street and Church Street for a report of a single vehicle crash.

Upon arrival, firefighters were able to free the entrapped operator and provide medical treatment to the operator and a passenger. Several members of the public had also stopped and rendered assistance at the scene.

The driver, identified as 37-year-old Cyrus Fisher of Springfield, and a 35-year-old female passenger, also of Springfield, were both transported by ambulance to Baystate Medical Center with injuries that are believed to be serious but non-life-threatening.

An initial on scene investigation indicates that the vehicle, a 2003 Toyota Avalon, was traveling northbound on Center Street when it veered off the main roadway, crossing over the southbound lane at the intersection of Church and Center streets, and continued traveling off the roadway and onto the traffic island before colliding with the Ludlow Civil War Soldiers Monument.

Fisher will be cited for Negligent Operation of a Motor Vehicle, Speeding, and Marked Lanes Violation.

The Soldier’s Monument was erected by the Town of Ludlow in 1867. Ludlow Veterans Services plans to restore the monument to its original form.