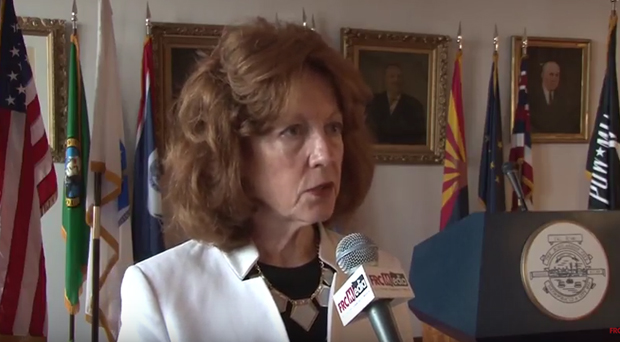 If I was a betting man, Paul Coogan would be my horse in the November 5th Fall River Mayoral election. While nothing is ever certain in politics, I’d put his odds of winning at 99.999999%. Those odds reduce significantly, though he would still be the clear favorite, should he face competition in a write-in campaign from a serious opponent. A write-in campaign would be like attempting a 65-yard field goal with the wind in your face, but would still be better than attempting a 75-yard field goal.

Fall River School Committee member Paul Coogan won by a landslide in the September 17 preliminary election, garnering a strong 62% of the vote. He received 8,273 votes, nearly three times incumbent Mayor Jasiel Correia’s 2,777 votes. It turns out having a few dozen federal indictments kills your chances of getting elected. No matter how you look at it, Jasiel Correia’s political career is over. No one could read the U.S. attorney complaint/indictments and come up with a different conclusion. Yes, innocent until proven guilty, but the co-conspirator guilty pleas are piling up and his trial is months after this election (how crazy would an innocent verdict be?).

The big question that needs to be answered is, are people voting for Paul Coogan because he is the best candidate or is it because of Correia’s indictments? Coogan supporters will say he’s the best candidate, but that’s how supporters are supposed to act. A popular opinion in Fall River (even from past Correia opponents) is that without the indictments and recall election there would be no Paul Coogan for mayor. I’ve even heard that without the indictments, Correia could be mayor for as long as he wanted. But here we are with more than 20 federal indictments, an investigation still active and talk of a write-in campaign brewing.

“In December 2013, Flanagan appointed Viveiros city administrator after she came in first place in the City Council race. Correia, who came in 10th place in the council race, moved into Viveiros’ spot. Correia went on to beat former District Attorney Sam Sutter, who won a recall election against Flanagan.”

Considering that Mayor Jasiel Correia must realize that he has almost no chance of winning in November, stepping down and pushing a write-in campaign makes sense – especially in revenge politics. Cathy Ann Viveiros would be a strong candidate because she has run for mayor five times in the past and finished first the last time she ran for City Council. But she’d also have to face the fact that she ran for mayor five times in the past and was rejected by the voters each time. Someone like Sam Sutter or City Council President Cliff Ponte would have a better chance, though that’s extremely unlikely to happen. If there is a write-in campaign, we are likely to see a Jasiel Correia ally or Ericca Scott-Pacheco (though she has stated she won’t formally push a write-in campaign).

In Fall River politics, November 5th seems like an eternity away, but a write-in campaign would have to start sooner than later to have any chance. Expect it sometime in the first week of October, or it won’t happen at all.