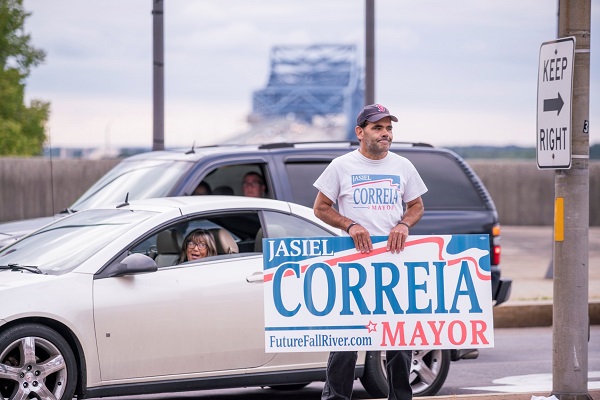 Tomorrow is Fall River’s preliminary election and the likely outcome is a strong first-place finish for Paul Coogan with incumbent Mayor Jasiel Correia finishing a distant second. Locals won’t be surprised by Correia’s second-place finish, but the media in Rhode Island, Boston and across the country, who only cover Fall River when there is a homicide, recall election or Jasiel story, will lose their mind. How could a mayor with 24 federal indictments move on to November’s municipal election? For me, the answer is obvious.

61% of Fall River decided to recall Mayor Correia in March, but after splitting the vote between 5 candidates mayor Correia narrowly beat out Paul Coogan by 241 votes. That was a winner-take-all election, but it was clear to me that in a head-to-head matchup, Coogan would have pulled off a victory. That was only six months ago and a fresh round of indictments against mayor Correia can only hurt his chances even more against Coogan. Coogan will finish in first place tomorrow and by a large margin. Let’s move on to second place.

In tomorrow’s preliminary election there are three candidates on the ballot: Paul Coogan, Jasiel Correia, and Erica Scott-Pacheco. All three ran in the special recall election in March (along with Joe Camara and Kyle Riley), but this time around the top two will move on to November’s final municipal election.

In March, Scott-Pacheco received 5% of the vote or 740 of the 13,546 total votes. In our most recent online poll, she received 10% of the vote. Clearly, she isn’t resonating with the voters.

My prediction is that Paul Coogan will have a strong first-place finish and Jasiel Correia will fall somewhere in-between Coogan and Scott-Pacheco, effectively ending her Fall River political career – at least when it comes to running for mayor of the city. If you can’t beat someone with 24 federal indictments, it’s time to read the writing on the wall. A city council run would make more sense.