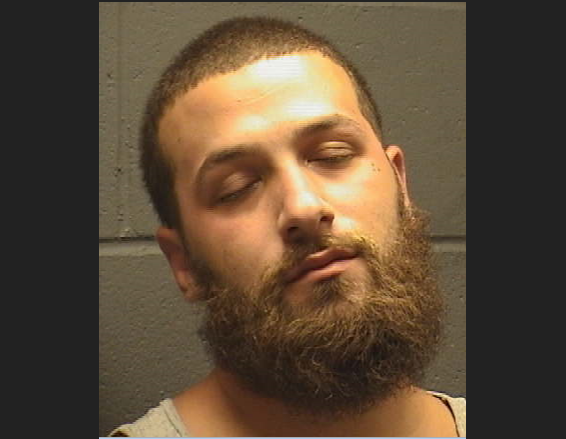 DARTMOUTH – Drug charges have been filed against an Acushnet man, and more charges are on the way for him and an accomplice after police with multiple agencies cooperated to halt an operation to smuggle drugs into the Bristol County House of Corrections.

After receiving information from Sgt. Christine Fortin of the the Bristol County Sheriff’s Office Special Investigations Unit about a plan to smuggle drugs into the jail, investigators on Friday followed Justin Lopes, 30, from his Acushnet home to a location in Fall River where his girlfriend, an inmate at the House of Corrections, Tayla Croteau, 24, of New Bedford, was working as a member of a Community Work Program crew.

Investigators observed Lopes leave a package behind a dumpster at the Fall River location and seized the package, which contained more than a gram of suspected heroin. Investigators were able to obtain a search warrant for his home and executed it on Wednesday. An additional 9 grams of suspected heroin and $150 in cash was seized.

Lopes was arrested and charged with Possession of a Class A Substance with Intent to Distribute. Investigators will also be filing additional charges against Lopes and Croteau for Delivering Drugs or Articles to Prisoners in a Correctional Institution of Jail, as well as Conspiracy to Violate Drug Laws.

At the time of his arrest, Lopes was on bail from New Bedford District Court for multiple firearms charges and was wearing a GPS monitoring device. His bail has since been revoked and he is being held at the House or Corrections.

“This is a perfect example of law enforcement agencies working together to increase public safety,” Bristol County Sheriff Thomas M. Hodgson said. “A gram of heroin costs about $50-$100 on the street, but is worth ten times that amount inside a prison. Drugs inside a jail can cause many problems and safety risks for inmates and staff, so we want to thank the Fairhaven and Acushnet PDs, District Attorney Tom Quinn and his staff, and the State Police for their cooperation to help us keep drugs out of the jail.”

“I am very pleased with the cooperative effort to investigate this very serious charge. Law enforcement agencies are much more effective when they are working together, and that is something my office is striving to do,” Bristol County District Attorney Thomas M. Quinn III said.