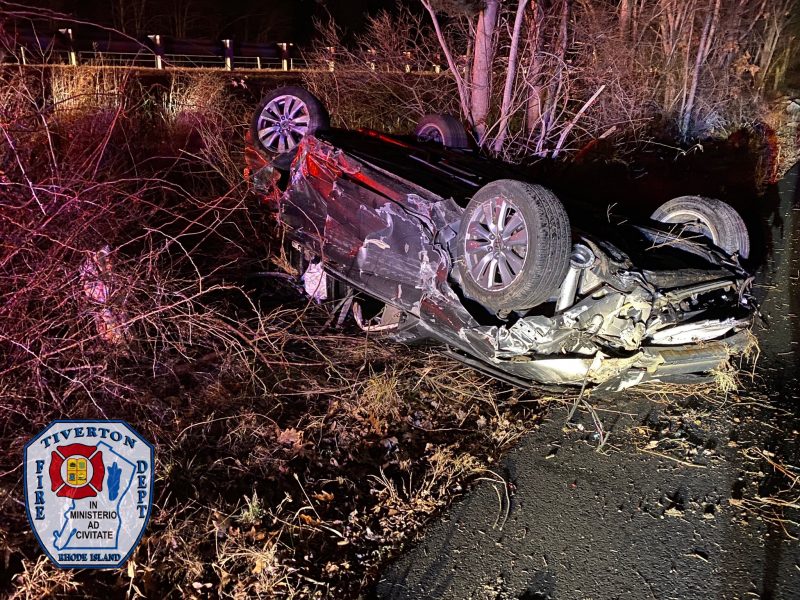 According to the Tiverton Fire Department, members responded to a single car motor vehicle accident on Route 24.

According to scanner transmissions the call came in at approximately 4:20 a.m. for a rollover crash on Route 24 North near the Fish Road exit.

The vehicle involved left the road, went over the guardrail, and flipped over.

Crews cleared from the scene at approximately 5:00 a.m.

One patient was transported to Rhode Island Hospital for evaluation.