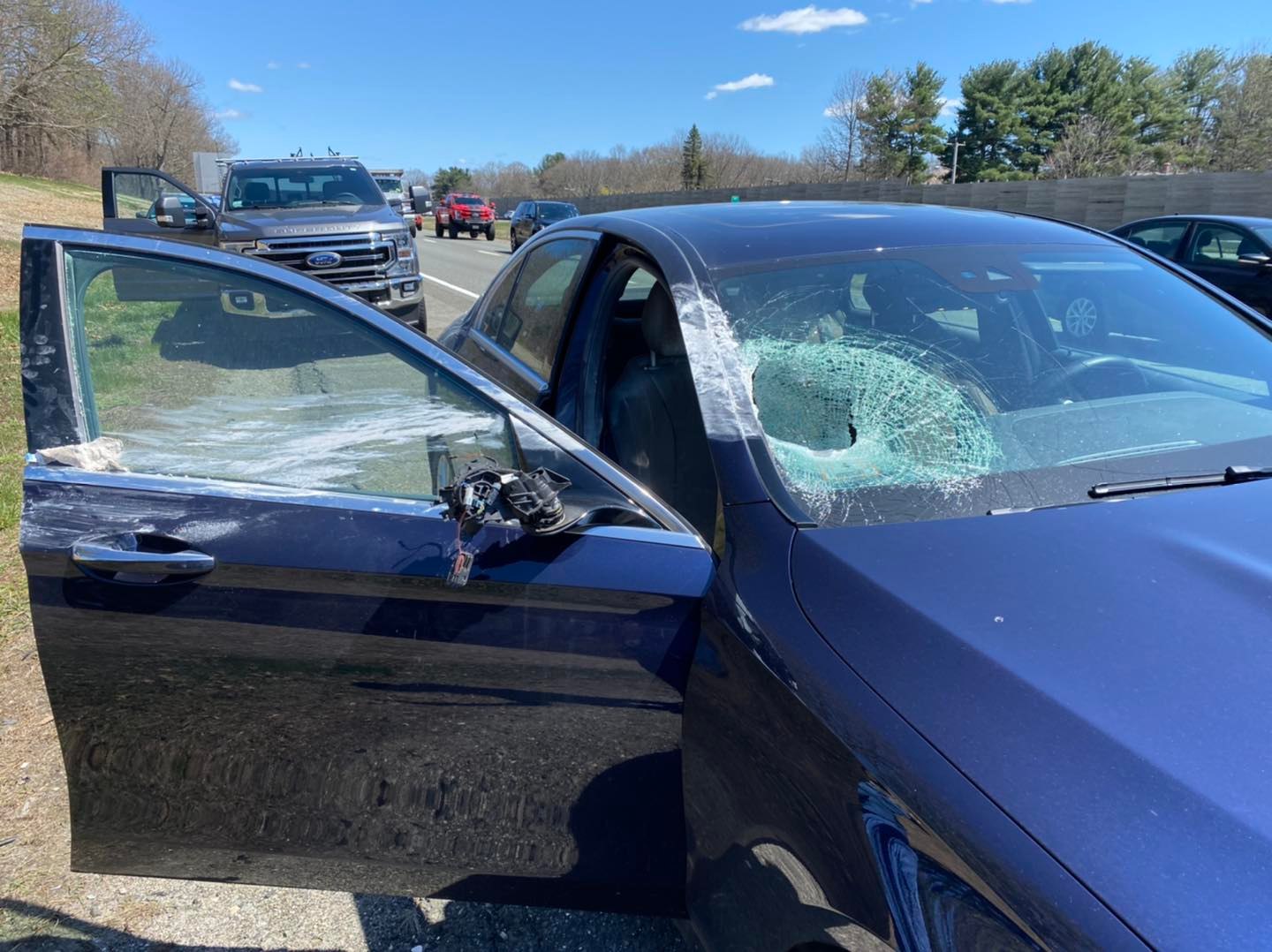 A person has been injured after an unsecured load crashed through a windshield on a Massachusetts highway.

According to Massachusetts State Police, Friday, at approximately 1:30 p.m., the Westfield Barracks received a report of debris falling off a vehicle, causing a crash, with injury. This incident occurred around the 53mm in the City of Chicopee on I-90 WB.

Troopers arrived on scene to discover a Ford F350 pulling a dump trailer, full of 8ft drywall, that was not secured properly. This caused one piece to brake off and fly out of the trailer.

The passenger of a sedan was hit by drywall that went through their vehicle’s windshield. The passenger was transported to Baystate Hospital with non-life-threatening injuries.

The Commercial Enforcement Services Section, commonly known as “Truck Team” responded and did an investigation and inspection on the truck and trailer, and the driver was cited for an unsecured load.

The State Police Association of Massachusetts wanted to remind residents to make sure your load is secure and also re-check your load during the trip for securement.