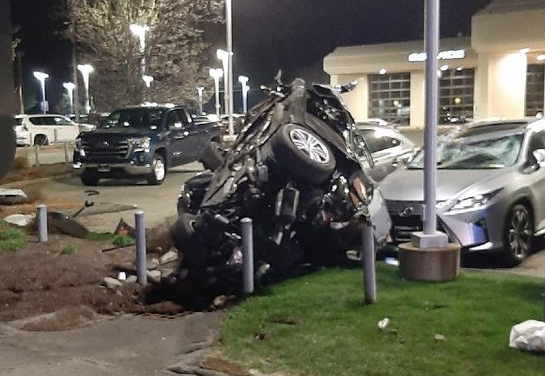 A person has died in a serious Sunday night crash.

According to Northborough Police, at approximately 8:00 p.m. Route 9 eastbound between Route 20 20 and Otis Street was shut down for several hours due to a serious motor vehicle accident.

Auburn Chief of Police Andrew Sluckis posted a picture of the crash and stated that CEMLEC Accident Recon was working the fatal crash.

According to multiple reports, the victim was a 21-year-old Worcester woman.