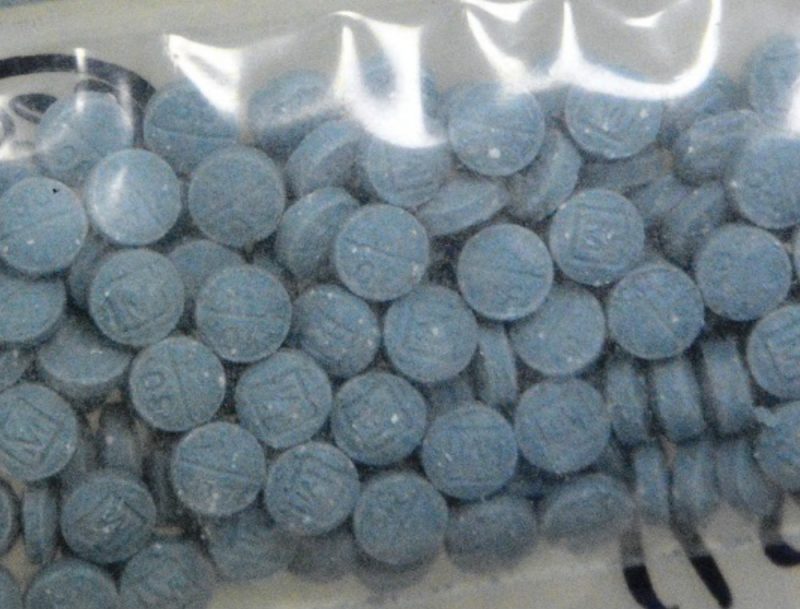 PROVIDENCE, R.I. – Two men have been ordered detained in federal custody following a Rhode Island DEA Drug Task Force investigation into the trafficking of fentanyl pills that resulted in the seizure of more than three kilograms of fentanyl pills.

According to court documents, in April and May, an individual assisting DEA task force agents arranged for two deliveries of large quantities of fentanyl pills. On April 29, the individual arranged for the delivery of 1000 fentanyl pills for $5,000. The pills were delivered in the parking lot of a Pawtucket restaurant by one of two men who arrived in a car bearing Massachusetts license plates. Shortly after the delivery, the pills were seized by task force agents while other agents followed the vehicle to apartment complexes in Lawrence, MA.

On May 24, the same individual arranged to purchase 25,000 fentanyl pills for $125,000. Two days later, as the delivery of the pills was allegedly in progress inside a passenger van in the parking lot of a Dorchester, MA, restaurant, Rhode Island DEA task force agents moved in and seized from two men inside the van a large plastic garbage bag containing 3.4 kilograms of fentanyl pills. The pills were packaged in numerous clear plastic bags.

The investigation determined that the two men inside the van in Dorchester, Roberto Anibal Nieves Zayas, aka Jose Diaz, 35, of Naguabo, Puerto Rico, and Mervin Roberto Cabral Roche, 46, of Soltero, Dominican Republic, are the same men that allegedly delivered the 1,000 fentanyl pills a month earlier in Pawtucket.

Nieves Zayas and Cabral Roche appeared in U.S. District Court in Providence on Friday and were ordered detained in federal custody on a federal criminal complaint charging them with conspiracy to distribute 400 grams or more of fentanyl and possession with intent to distribute 400 grams or more of a mixture or substance containing fentanyl, announced Acting United States Attorney Richard B. Myrus.

The case is being prosecuted by Assistant U.S. Attorney Stacey P. Veroni