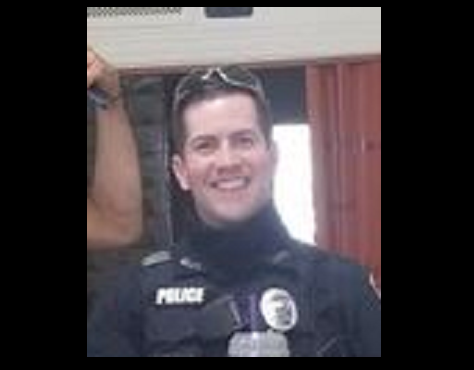 The Office of the Attorney General, the Rhode Island State Police, and the West Greenwich Police Department announced that a Pawtucket Police Officer has been charged by Criminal Information with multiple felony counts, following an investigation into a shooting incident along Nooseneck Hill Road in West Greenwich.

The Criminal Information, filed in Kent County Superior Court today, alleges that on June 23, Officer Daniel Dolan, while off-duty, initiated contact with the 18-year-old driver of a vehicle and two teenage occupants in the parking lot of Wicked Good Pizza and shot the driver in the upper arm.

As alleged in the Criminal Information, Officer Dolan, driving a white Ford F-350 Super Duty, followed the driver of a black Audi A4 into the parking lot of Wicked Good Pizza located at 12 Nooseneck Hill Road in West Greenwich. Officer Dolan exited his truck and approached the Audi while displaying his badge.

The Criminal Information also alleges that the driver exited the parking lot and pulled to the side of Nooseneck Hill Road a short distance from the parking lot. Officers from the Coventry and West Greenwich Police Departments and Rhode Island State Police troopers responded to the scene shortly thereafter.

Officer Dolan is scheduled to be arraigned in Kent County Superior Court on July 16, 2021.

The Office of the Attorney General, the Rhode Island State Police, and the West Greenwich Police Department led the investigation into the case with assistance from the Pawtucket Police Department.