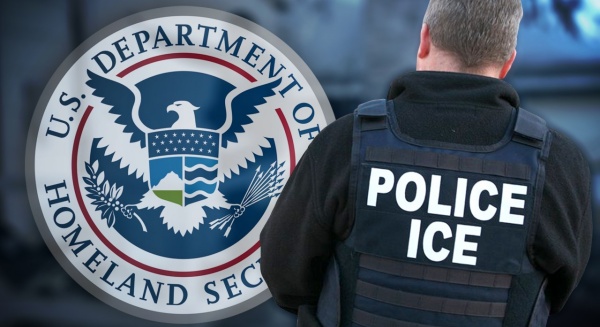 A new federal immigration policy ordering international students to leave the country if their colleges or universities offer online-only classes this fall has prompted an outcry from educators and campus officials in Massachusetts, who slammed the move as “cruel” and likely to cause massive economic damage.

Many higher education institutions, including Harvard University and UMass Amherst, are planning to embrace remote learning for almost all courses next semester as a precaution against lingering COVID-19 risks.

However, thousands of international students, many of whom are already enrolled and several years into progress toward a degree, would be barred from legally participating under a rule change the Immigration and Customs Enforcement agency announced Monday.

The policy effectively reverses course from the spring and summer, when ICE temporarily suspended pre-pandemic rules banning international students from residing in the U.S. and taking online-only courses.

“No public good is served by these threats to deprive thousands of students at the University of Massachusetts from continuing to make valuable and necessary contributions to the economy of the Commonwealth and the prosperity of the nation,” UMass President Marty Meehan wrote in a statement Tuesday. “Beyond the human toll this guidance takes on our students, the impact on the economic interests of the Commonwealth and nation will be negative and potentially irreversible.”

The announcement came as many colleges and universities are finalizing plans for the fall semester, which begins in less than two months. Meehan described it as “the worst possible time” for a sudden shift in policy.

Many campuses will either need to offer at least one in-person class for each program this fall or bid farewell to their international students, who often play important roles both for the fabric of a student body and as sources of tuition to balance university budgets.

International students within the United States “are not permitted to take a full course of study through online classes,” an ICE press release outlining the policy said. “If students find themselves in this situation, they must leave the country or take alternative steps to maintain their nonimmigrant status such as a reduced course load or appropriate medical leave.”

The agency added: “The U.S. Department of State will not issue visas to students enrolled in schools and/or programs that are fully online for the fall semester nor will U.S. Customs and Border Protection permit these students to enter the United States. Active students currently in the United States enrolled in such programs must depart the country or take other measures, such as transferring to a school with in-person instruction to remain in lawful status. If not, they may face immigration consequences including, but not limited to, the initiation of removal proceedings.”

More than 7,000 of the UMass system’s 75,000 students are international, Meehan said, and many of them would be ordered to leave the country if they are not enrolled in classes that meet in-person during the fall semester or need to transfer to a school where they can attend classes.

The American Federation of Teachers’ Massachusetts chapter, which represents both K-12 and college educators, said the policy places both students and institutions in an “impossible dilemma” where they must choose between their health and their education.

Many students who are forced to leave may never return, AFT Massachusetts President Beth Kontos warned in a statement on behalf of the 23,000-member union.

“This decision threatens the health and safety of all of us,” Kontos said. “By pressuring colleges to offer in-person classes, and most egregiously, by compelling schools to keep those in-person classes going even if a surge in the virus should close them down, the Trump administrationâ€™s actions put us all at greater risk, for the sake of his racist vendetta against immigrants.”

The Trump administration has also aggressively pushed K-12 districts to embrace a return to in-person instruction this fall. On Tuesday, Education Secretary Betsy DeVos criticized school districts that had not embraced full reopening, according to a POLITICO report.

Meehan also warned that the new policy would leave enormous threats hanging over the heads of those who are able to go to physical classes. If colleges or universities begin the semester with face-to-face or hybrid models but must shift to remote learning later in the fall because of a second surge, international students would suddenly be forced to leave on short notice.

“In short, the ICE guidance is cruel to valued members of our community while being counter-productive and destructive to one of the most important institutions we have: American higher education,” Meehan concluded, calling for its immediate revocation.