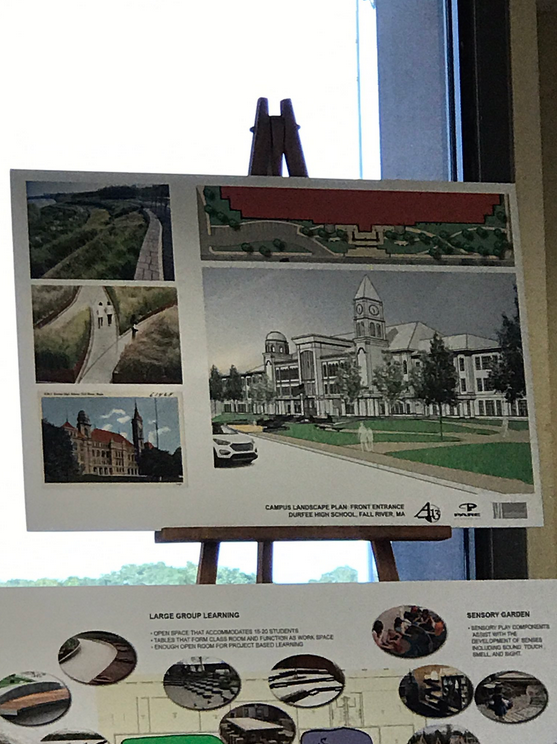 In a meeting of the Durfee School Building Committee on Thursday, an updated schematic was unveiled showing a look more reminiscent of the original Durfee school building.

Some of the plan consists of large group “open space learning” that would accommodate 15-20 students suitable for projects and also a sensory garden.

As you may recall, the proposed new Durfee school would create a new 501,330 square foot facility on the site of the current Durfee. The current facility suffers from deficiencies in mechanical, electrical and plumbing systems. The building also suffers from window/roofing deficiencies and additional issues, which, according to the school district, makes it unable to deliver a proper education to the students.

This is all dependent on city residents approving the project, however. The new Durfee High School proposal will be put in front of Fall River voters in a special vote some time early in 2018. The school’s price tag of approximately $240 million dollars will mainly be paid by the state (up to 80 percent), but some of the cost would fall on Fall River taxpayers. Some residents have expressed the option of fixing the current Durfee building. The Massachusetts School Building Authority, however has stated it will not pay for renovations as the school is obsolete.

The next Durfee School Building Committee meeting is Thursday October 12 at 4:30 p.m. in the Durfee library and is open to the public. A public forum is scheduled for 6:30 p.m. on the same day in the auditorium. 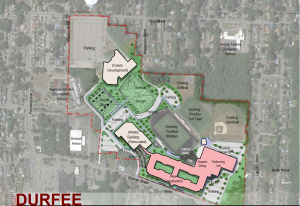