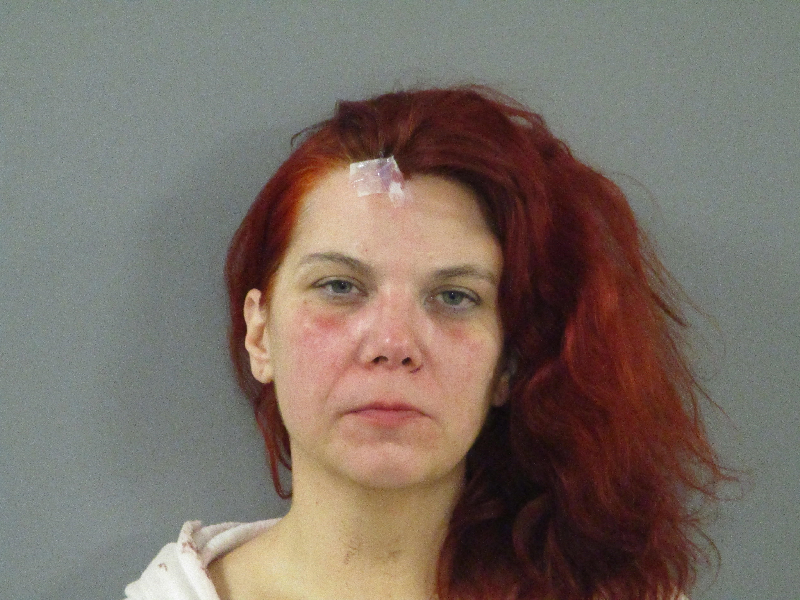 A New Bedford woman was arrested Sunday after multiple crashes within minutes.

According to Detective Robert Rebello, at approximately 9:32 p.m., Officers Jarrod Levesque, Douglas Wenson and Luc Sauve were dispatched to the area of State Road and White’s of Westport for a motor vehicle crash with injuries. Prior to arriving at the scene, dispatch informed responding officers the Fall River Police Department was searching for a vehicle which had left the scene of a crash on Brayton Avenue in their city. At this time, it was unclear as to whether this vehicle was the same vehicle.

Upon Officer Levesque’s arrival, he observed a black Pontiac G5 with severe front end and passenger side damage to the vehicle. The vehicle was facing north across the eastbound travel lane. The rear bumper of the vehicle was against the guard rail. He also noted in his report that airbags had deployed.

As he approached the vehicle, Officer Levesque observed a woman sitting on the guard rail beside the driver’s door. The woman was identified as 46-year-old Kristin Medeiros of South Second Street, New Bedford. After questioning Medeiros, Officer Levesque determined she was the operator of the vehicle. Medeiros was slurring her words and her eyes were bloodshot and glassy. Through her mask, Officer Levesque could smell the odor of alcohol on her breath.

Officer Sauve located the area Medeiros left the roadway. While traveling east on State Road, Medeiros left the roadway in the area of 95 State Road and struck a guardrail. Paint transfer was observed at this location along with tire tracks and a fluid trail leading into the building at 95 State Road. The building sustained damage to the façade and parts from Medeiros’ vehicle were found at this location. The vehicle continued eastbound before striking another guardrail and coming to a rest just east of 95 State Road.

When asked about what had happened, Medeiros stated she was coming from St. John’s Club in Fall River and another vehicle had cut her off which caused the crash. At this time dispatched confirmed Medeiros’ vehicle was the vehicle involved in the crash at the intersection of Brayton Avenue and Route 24, Fall River. At that location a motorcyclist had been struck, run over and the vehicle had fled the scene into Westport. The operator of the motorcycle was transported to Rhode Island Hospital with non-life threatening injuries, according to Rebello.

A witness from St. John’s Club arrived on scene and spoke with Officer Levesque. She stated she had seen Medeiros at the club and she could barely walk. Others at the club were in the process of getting Medeiros a taxi when she made her way to her vehicle. After leaving the bar side of St. John’s Club, the witness stated she fell while attempting to get into her vehicle and struck her head. Medeiros sped off in her vehicle, struck a curb but continued to drive.

Rebello stated that Westport Fire Department Paramedics arrived on scene to evaluate Medeiros. She was transported to St. Anne’s Hospital, while under arrest, for evaluation. After clearing the hospital, Medeiros was then transported to the Westport Police Department for booking. Medeiros was charged with Operation of a Motor Vehicle While Under the Influence of Intoxicating Liquor and Destruction of Property Over $1200